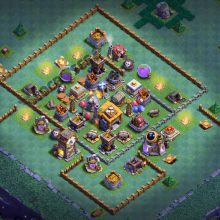 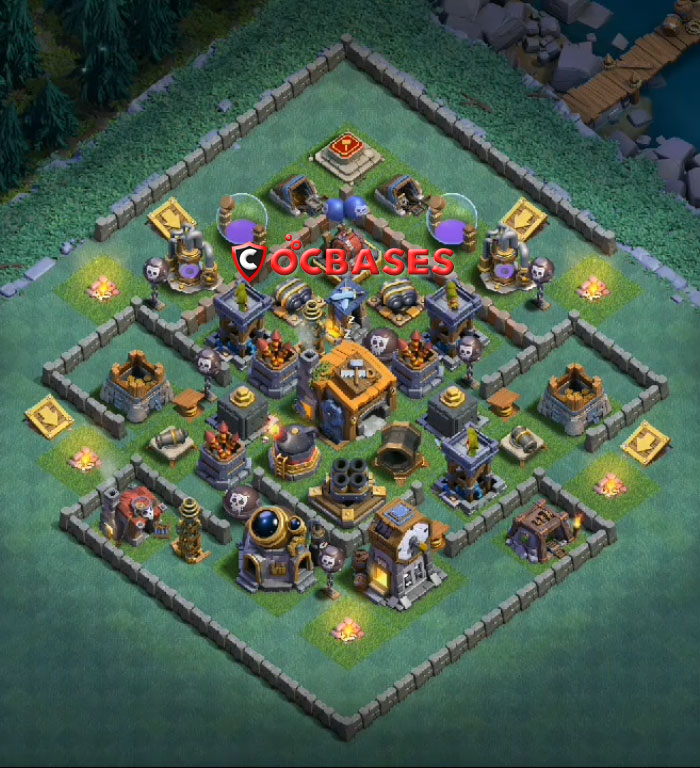 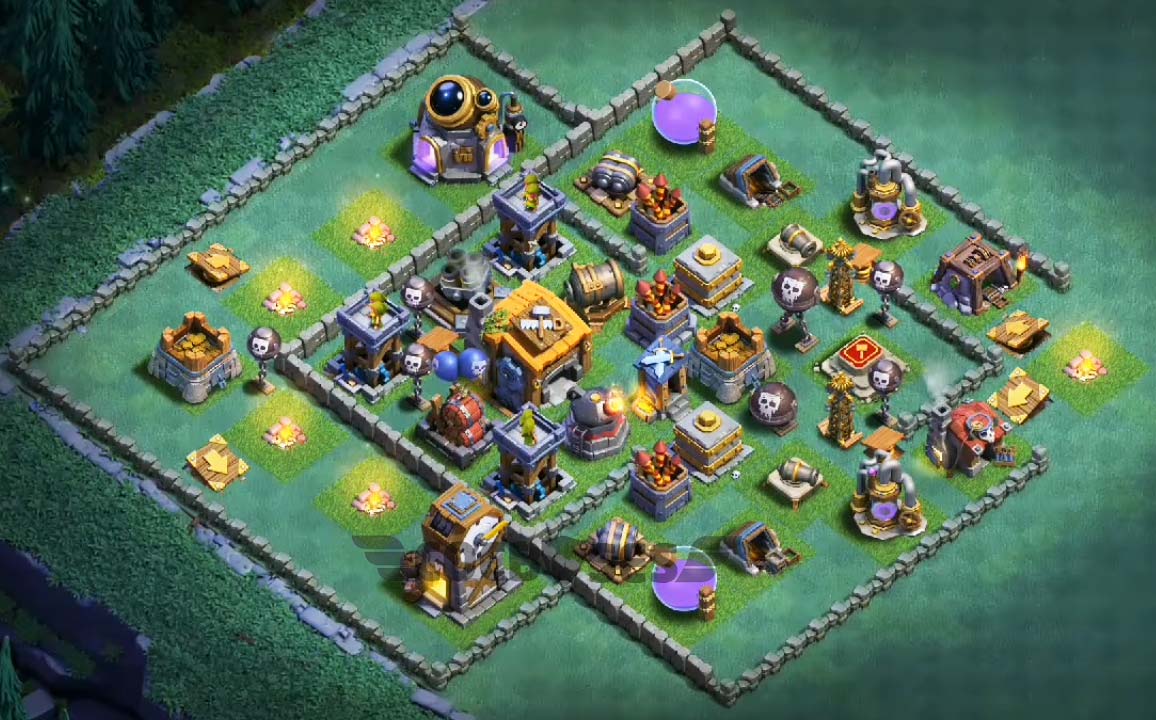 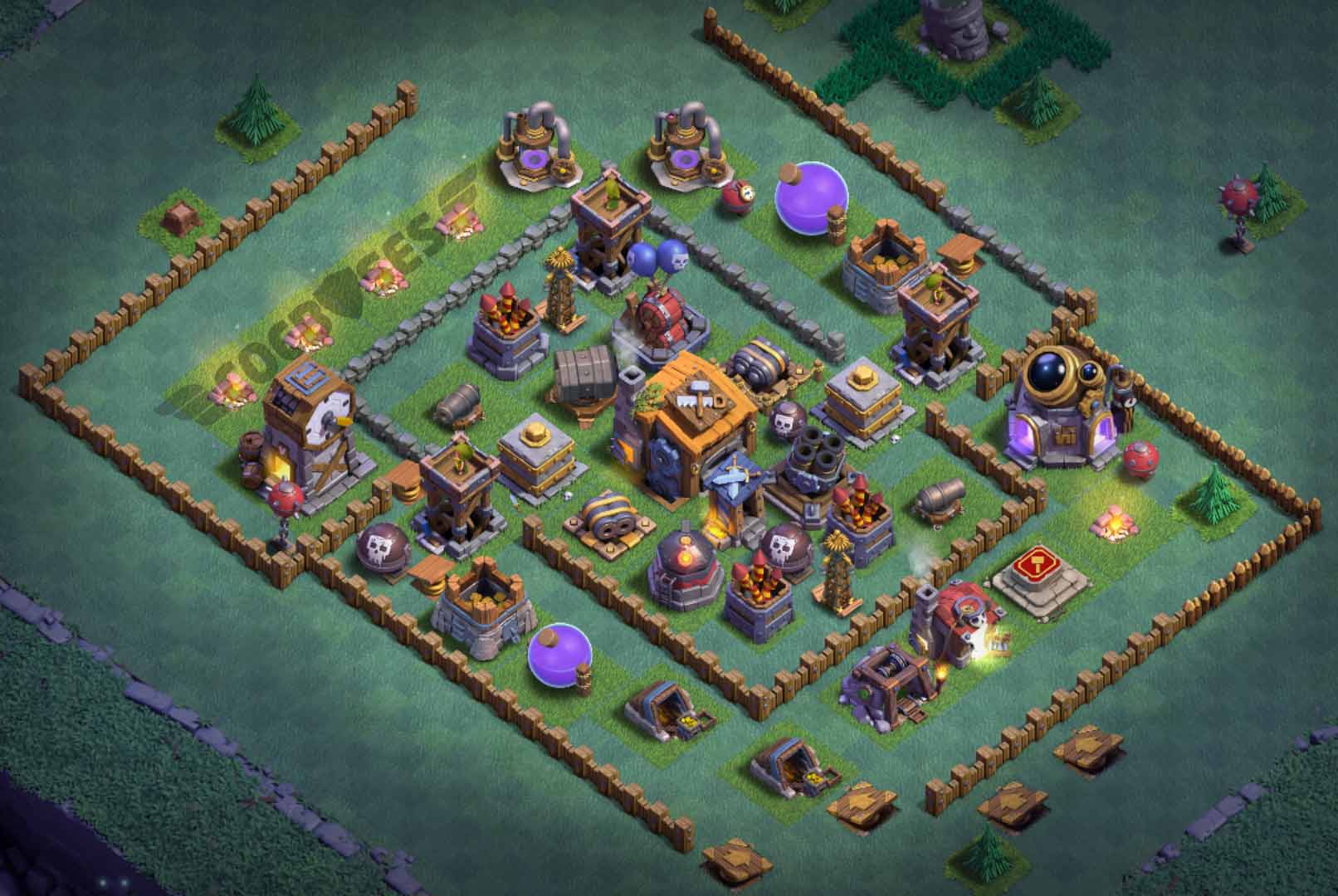 Overall this is a best builder hall 7 base design you can rely upon to get extra trophies in versus battles.

builder hall 7 base can provide defence against: 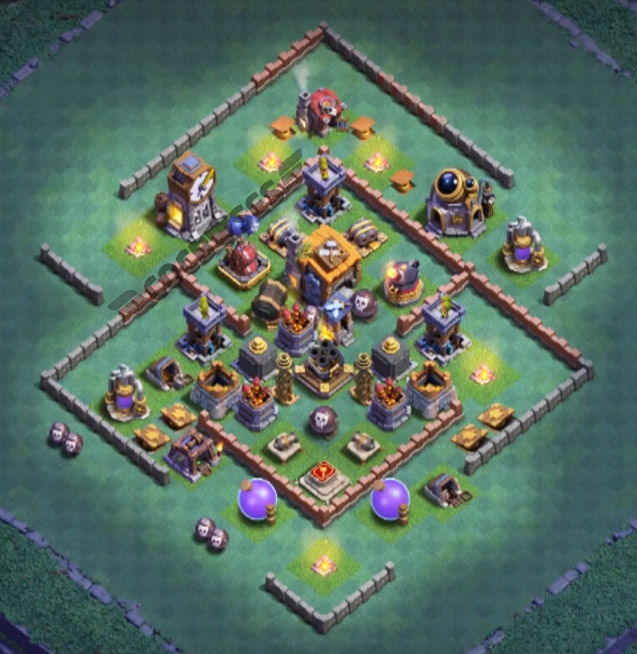 This clash of clans builder town hall 7 trophy base defends Against: 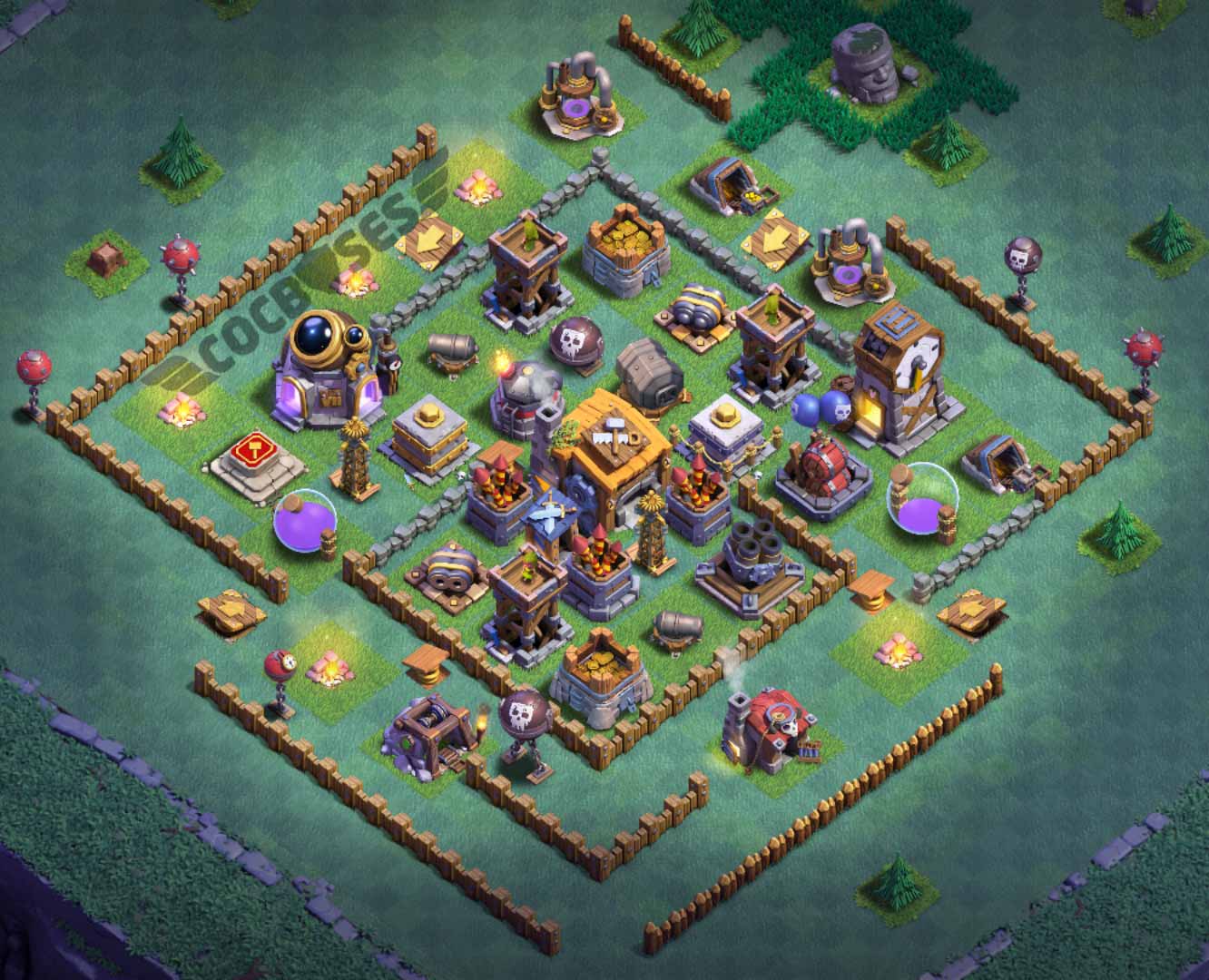 best defence base for builder hall 7 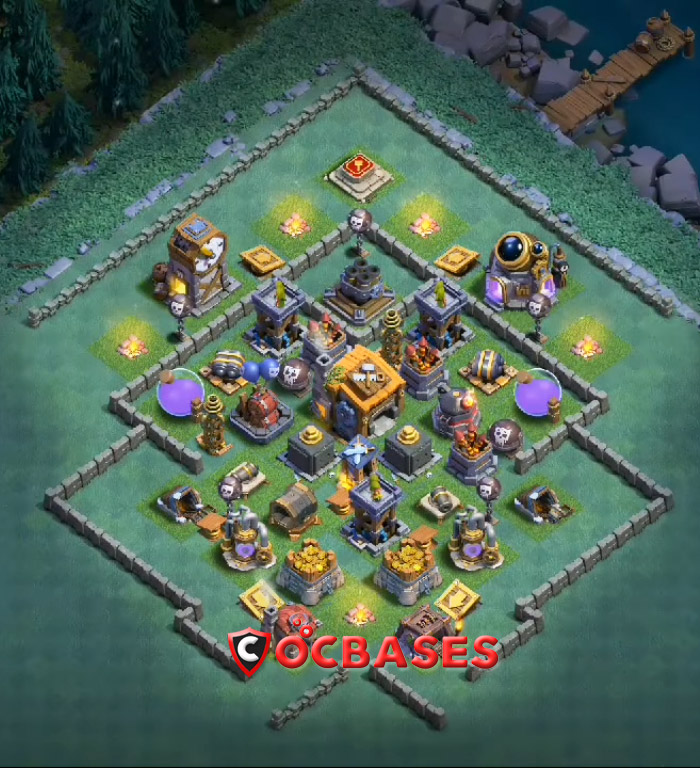 This best defence base for builder hall 7 is a new addition to the list, which looks compelling to withstand various attacks. Four of three air defense buildings (air bombs, firecrackers) are placed in center beside builder hall. If we look at the positive side of this base, this defence base for builder hall 7 design has good placement of spring and push traps and the mines are set to air to defend air attacks. You should remember one more thing that you should keep the layout placement at the corner as it is shown.

This best defence base for builder hall 7 design can withstand Against:

Overall this is a strong base that can face against various attacks. Try this base and let me know in the comment section how it went in your versus battles. 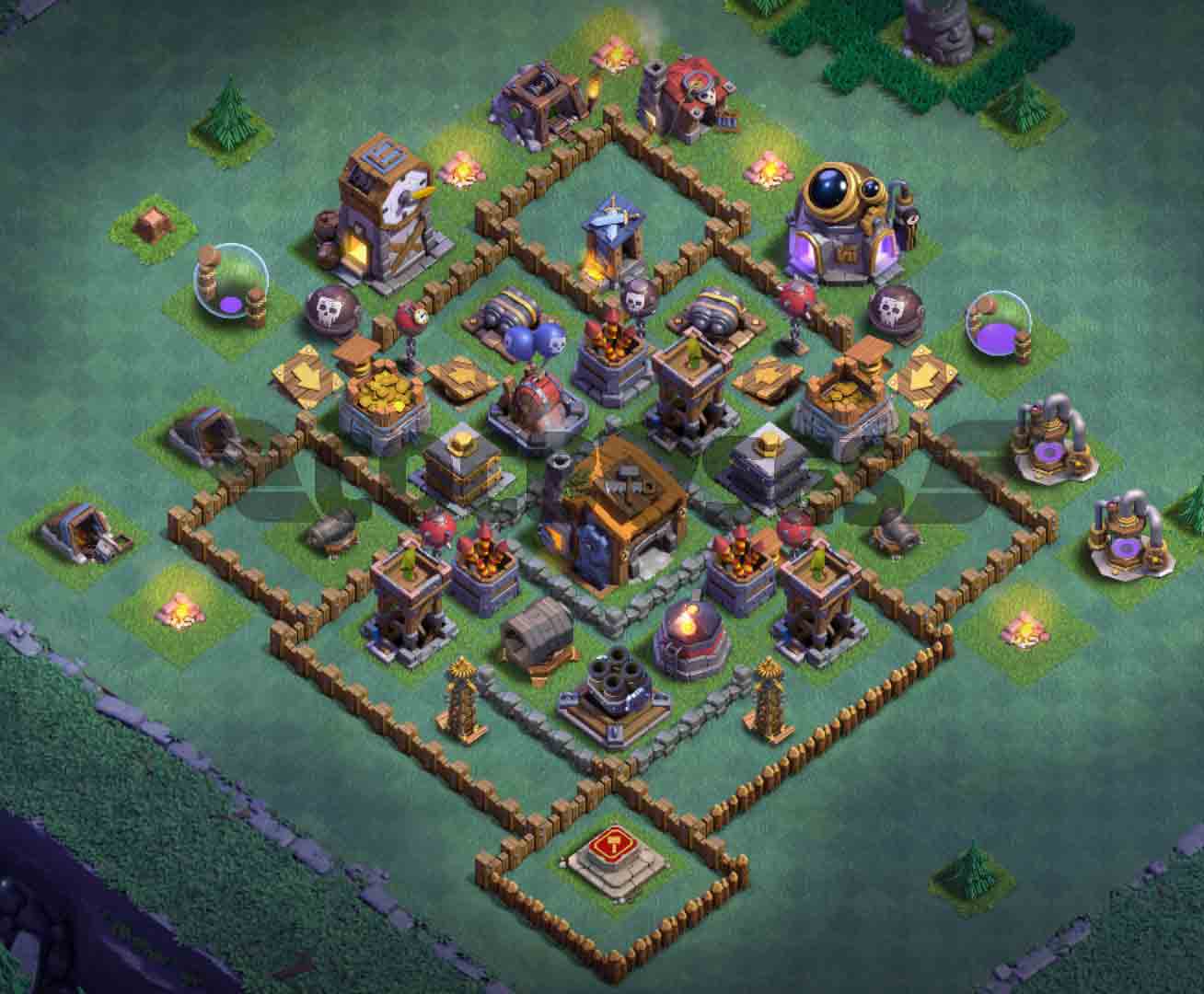 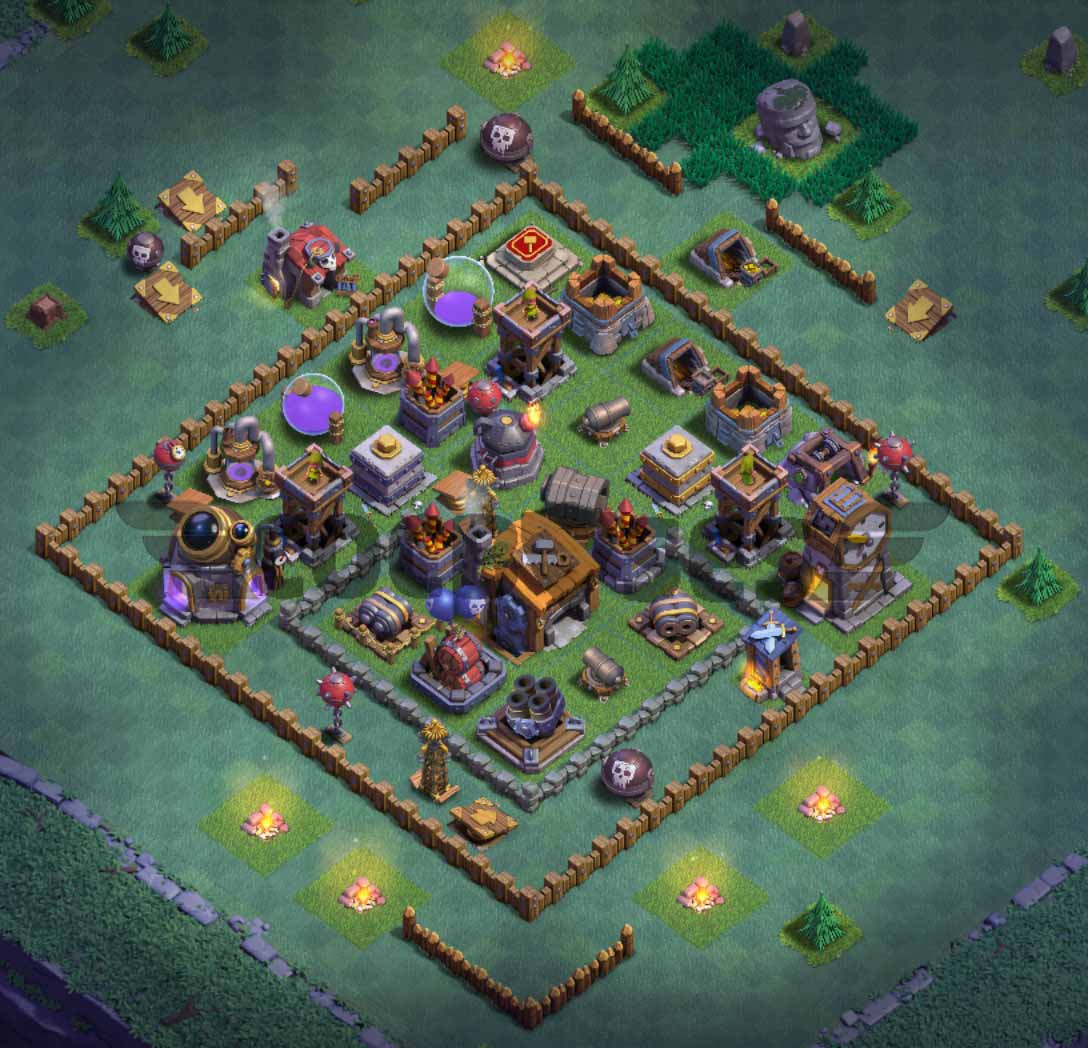 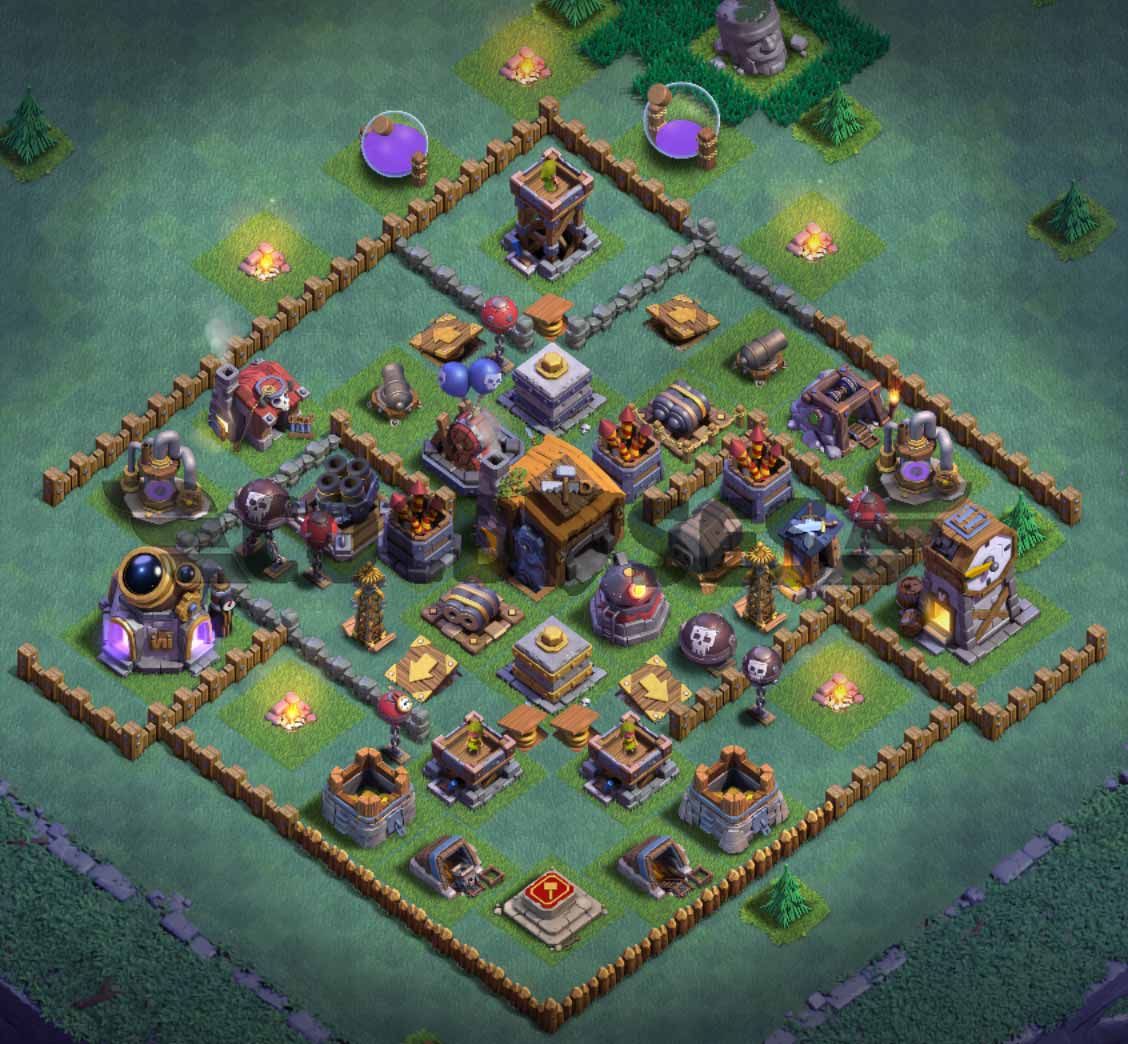 This builder hall 7 layout Defends Against : 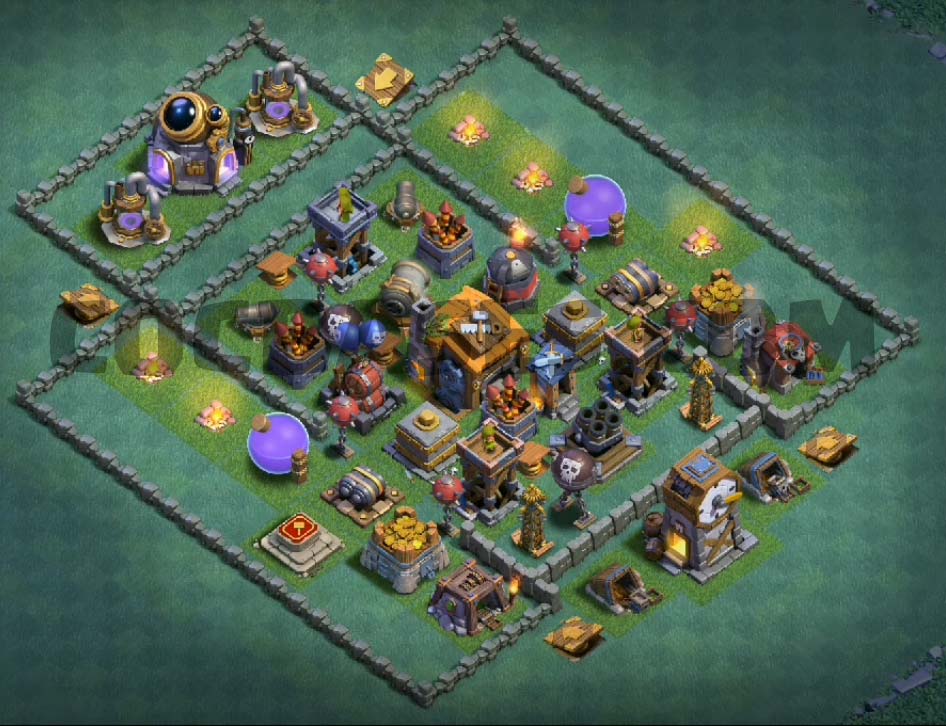 The best thing about the top bh7 base layout is the placement of builder hall 7 right in the center of the base. You can see Giant cannon is sitting next to it. You can see another set of the compartment on the top left side which acts a shield for giant cannon. As you experiment with the above top bh7 base layout design, I would recommend you to change the position of spring traps and push traps according to the attacks you are facing.

Attacks this top bh7 base layout can withstand are 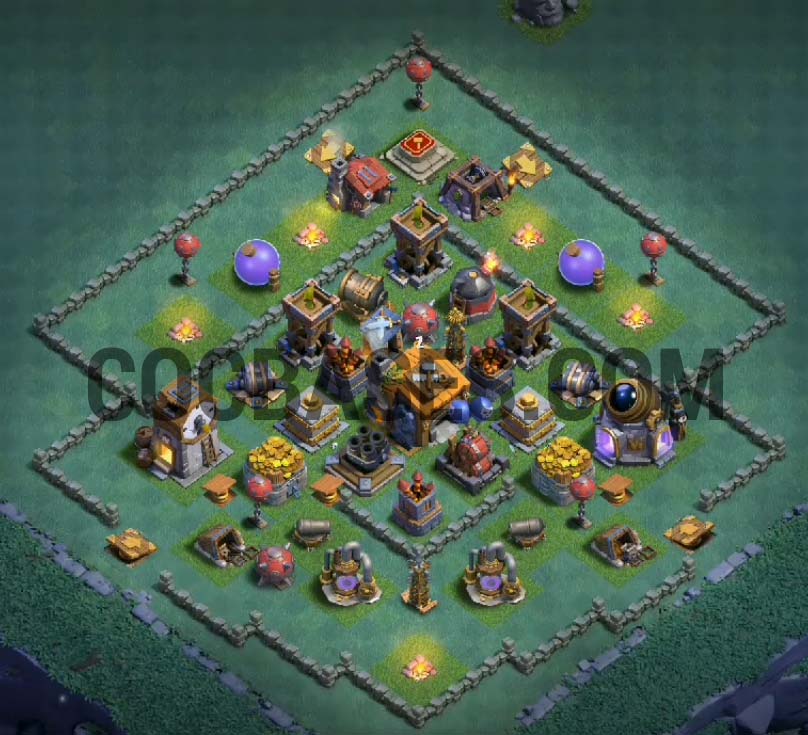 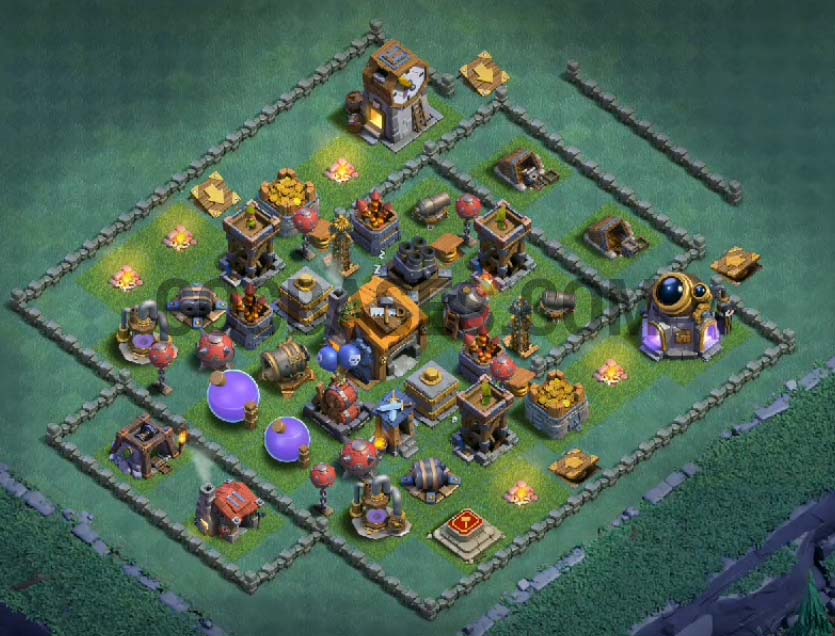 Some of the bases in our blog post are designed by classical clash youtube channel. The crushers are placed well inside the compartment which makes it hard to lure out with archers. If you try to attack from the top, you can look at the concentration of defense buildings and also be adding to that the troops get scattered to the sideways due to the buildings that are available before reaching the main compartment.

check out best builder hall 7 attack strategies in this video.

Much Awaited updated from the clash of clans. Supercell has been on roll releasing new updated one after the other and this time they have released builder hall 7.

Thank for this. I have also similar kind of articles. Please visit. Thank you

I checked it out that’s a good one.

Ohh nice. Thanks for this article..

The second base from the top isn’t possible and should be removed. It contains five spring traps, three cannons and two guard posts. It’s a dev base.

removed it, buddy. thanks for the heads up. I’m yet to upgrade my army camp after that I will keep own designed bases.

go with the first base.

So, which base is the best base now?

Thanks for the comment Rick. I have recently added one more design. how about going with that base having title:best defence base for builder hall 7.

Which base is best for pushing the trophy upto 4000+

best builder hall 7 defence base. right now its the first base.

No 4 has only 2 spring traps ? Also not so great results with that one…. I’ll try no1 and let u know…

yeah sure I will look into it and will fix it 🙂 .

some people says that we can hack coc is it real

no we cant hack buddy.

You’re helping me a lot to grow up in COC… Thanks dude…..

it means a lot. I will keep updating with more designs. help us by sharing the content.

yes. It is one of my favourite’s.

Which one is this one? What’s the name of it?

right now (name:builder hall 7 defence base) is working good for me. trying out others as well and will sort the list accordingly once it is done.

hey buddy I keep on adding the latest design every week. so I started mentioning the names of the base designs instead of 1st and 2nd base. my mistake.

So which one is Jerel referring to that works well for him? It’s a bit confusing.

right now (name:builder hall 7 defence base) is working good for me. trying out others as well and will sort the list accordingly once it is done.

The second base from the top isn’t that good anymore. I’ve been using this layout since I got to BH7 and it got destroyed 100% at least 5 times using the same army composition – 30 minions, 6 baby dragons (both level 14) and the machine (any level). Granted, I may not have maxed all defenses which target air troops, but I’m predicting at least >80% even if I do so eventually. I’m starting to believe that there is a tutorial which guides others on how to 100% the second base.

yeah thanks for the heads up addy. I removed that base from the list. it has become so famous so players started easily getting stars on it.

You keep labeling each new addition “the best”. Currently you have 8-9 “best” bases.

Perhaps when you think a base is the best, you can update by taking the word “best” off the previous bases?

first base in the list is working great buddy for me. but make sure you are good at attacking.If you are not good keep improving it. builder base is about having good both in base designing and attacking.

Yeah thanks bro I really like all of your bases🙏🙏

Bro I need a good th13 war base. If u have pls share the link