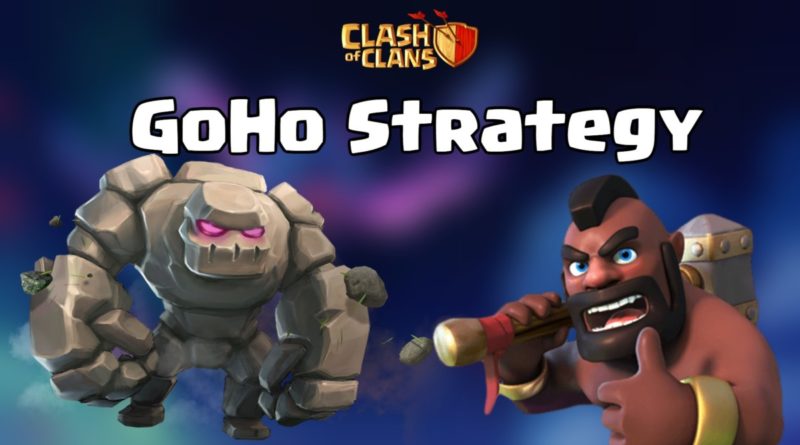 Here we explain about the goho attack strategy for getting three stars in clan wars at th8 and th9.

The first thing we do is selecting on which side to attack once we have done that.

We are trying to send the kill squad (Golem, Wizards, Hero’s and Bowlers ) into the core, the target to is to taken down as much as you can with this kill squad. Once this kill squad makes through the base depending on side of the base release the hogs all at once or surgically (meaning releasing them in a group (8 or 9)). This makes sure you get the 3 stars. 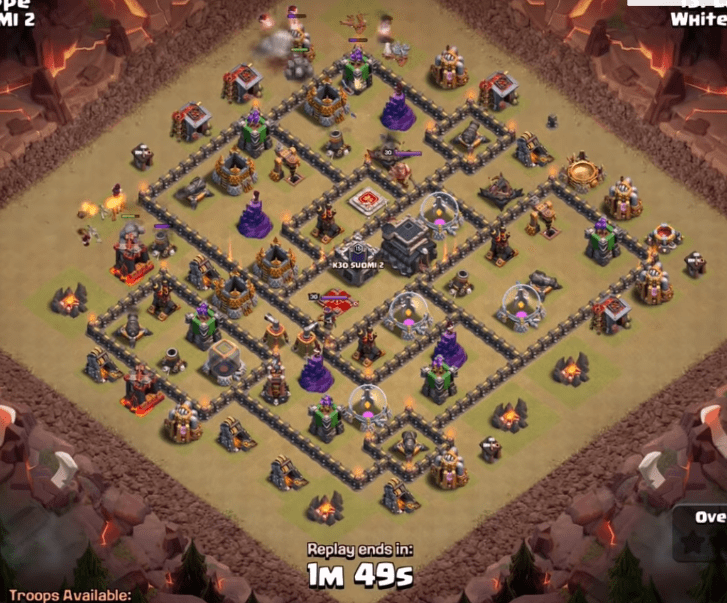 2. This is how it looks once you have done what I said above. Now it is the time to push the hero’s and bowlers along with if any remaining wizards available. 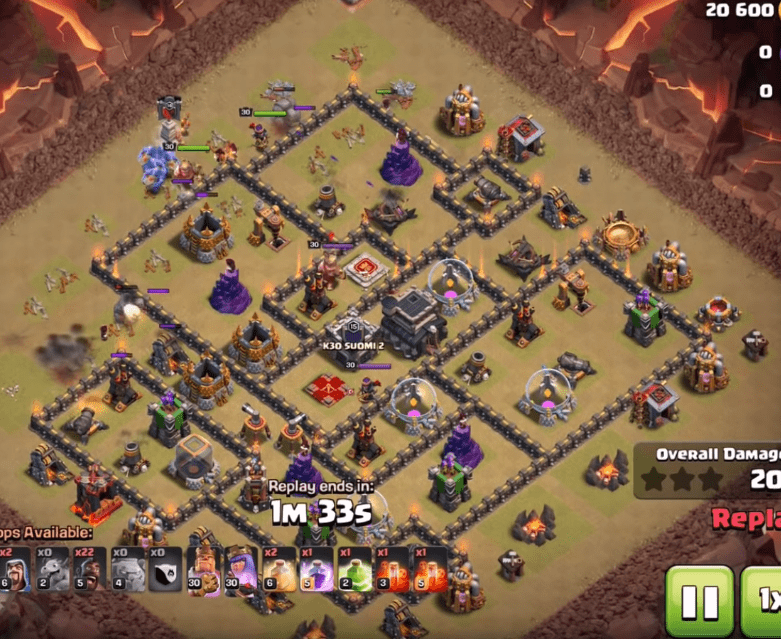 bowlers and heros making their way into core

3. When its going inside the clan castle troops are triggered you need to kill them using poison spells and by using rage spell appropriately. After you have done that use jump spell to get to the core. 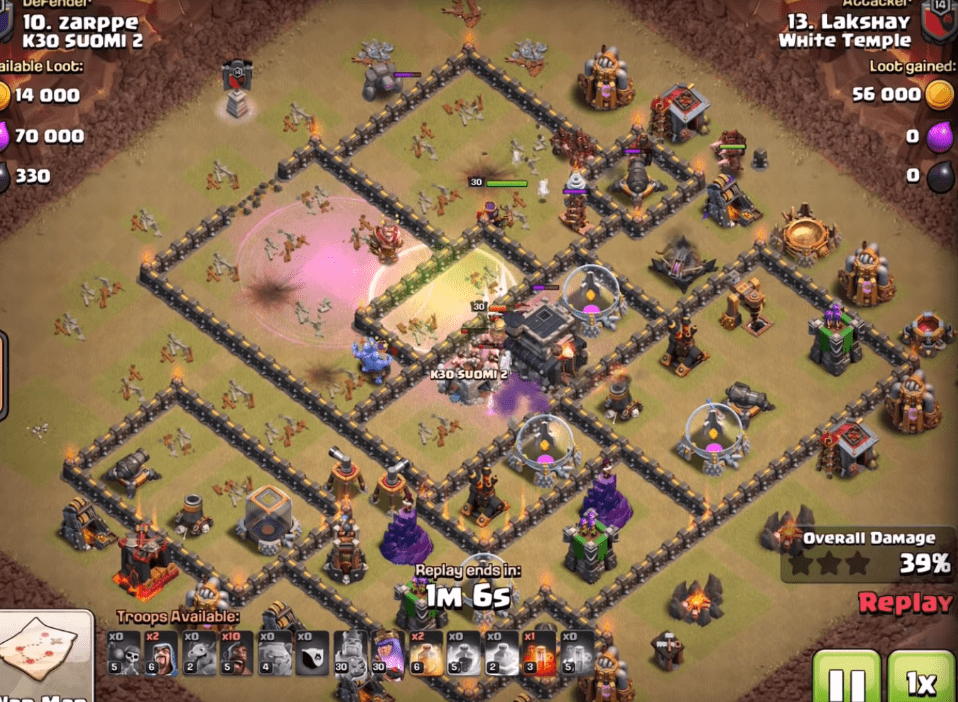 kill squad in the core

4. Once the kill squad is in the core its time to release the hogs from one side or back. 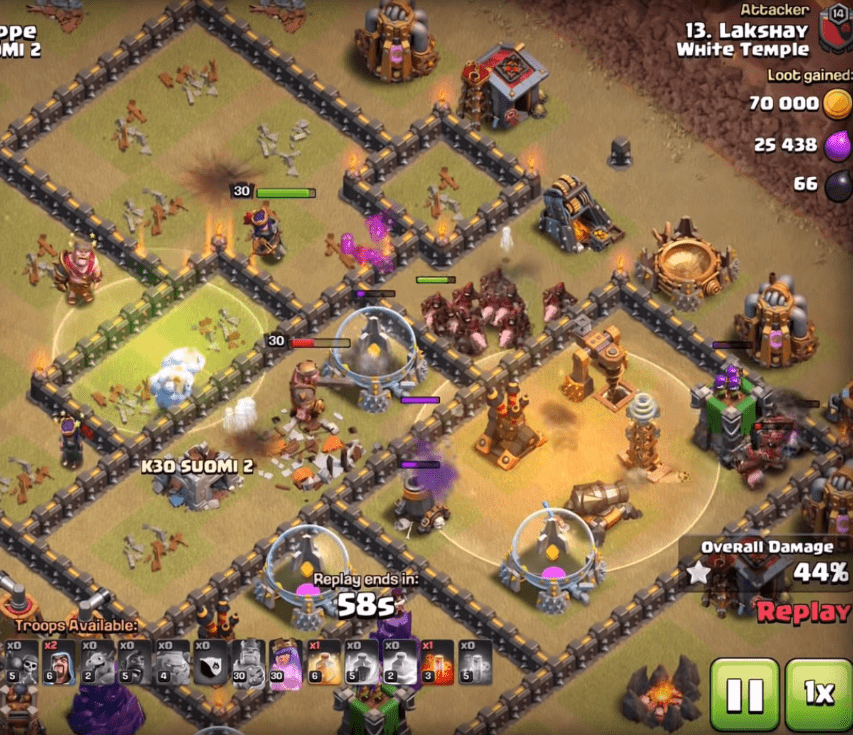 5. Once hogs makes their way into the remaining part of the base. Make sure you use heal spells for hogs when their is a possibility of having a giant bomb or else hogs are losing their hit points. 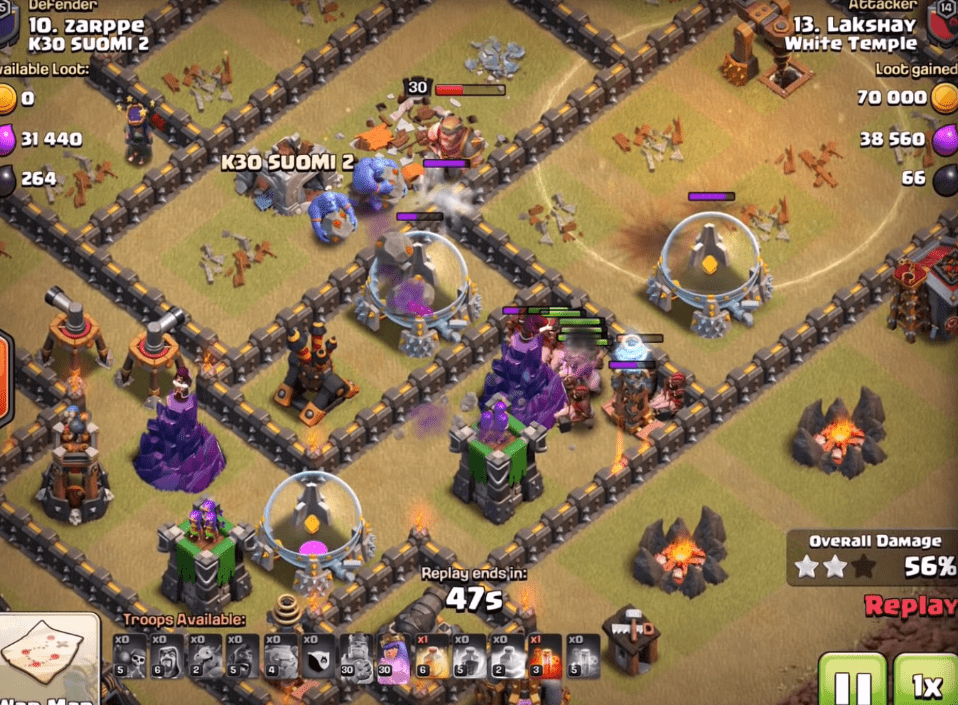 hog riders making their way through the base

6. Use the second spell as in the same way as you have done with the first one, some times second spell wont be necessary. 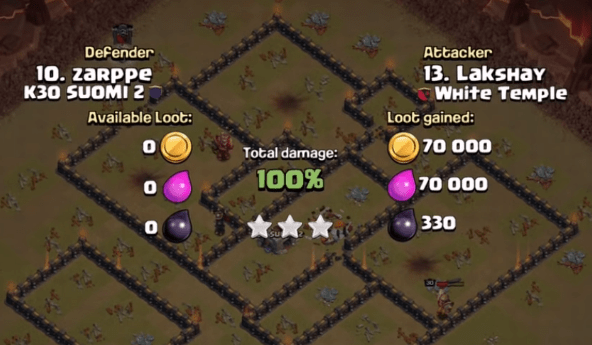 Well this is a three star goho attack strategy.