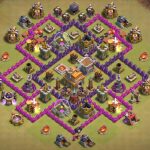 In this post we are going to have a look a best th7 war base Anti dragon, hogs 2023 new update with 3 air defenses. Let us know in the comments section, what you feel about this layouts. Keep checking this website for more tips, tricks and layouts of the clash of clans. Without any delay, let’s have a look at  5 layouts below. 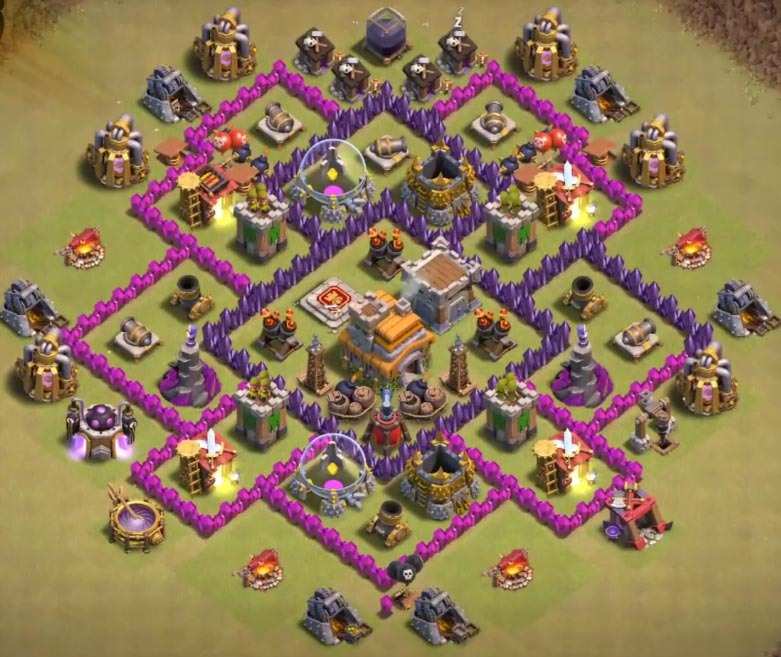 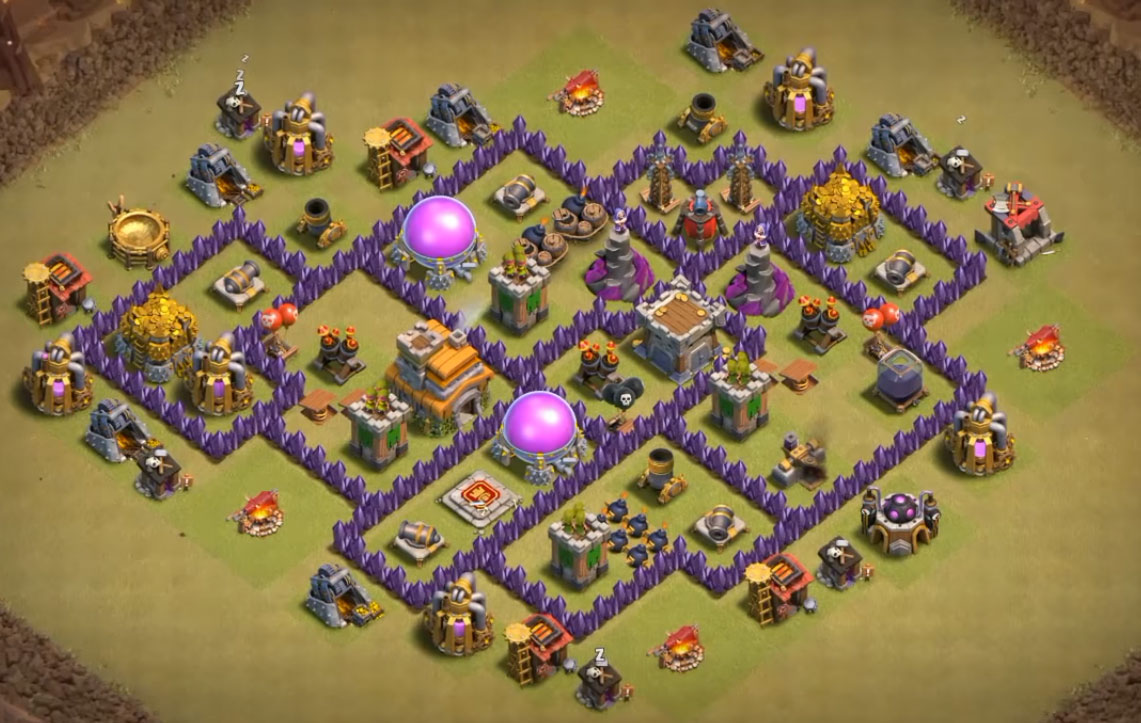 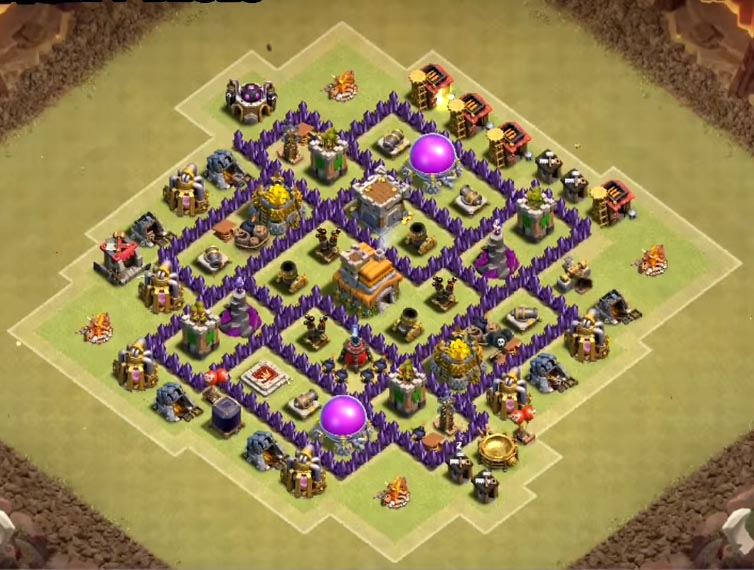 Best TH7 War Base Anti Everything 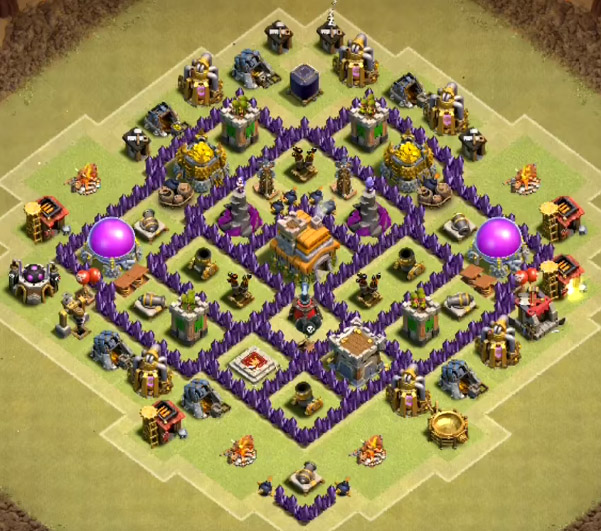 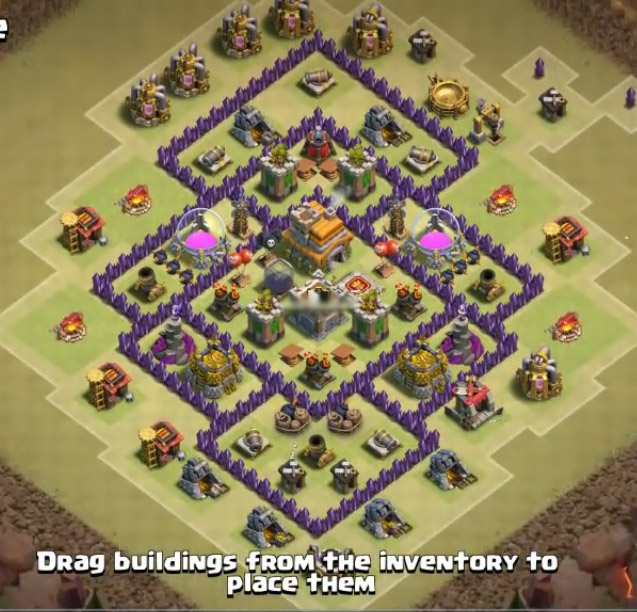 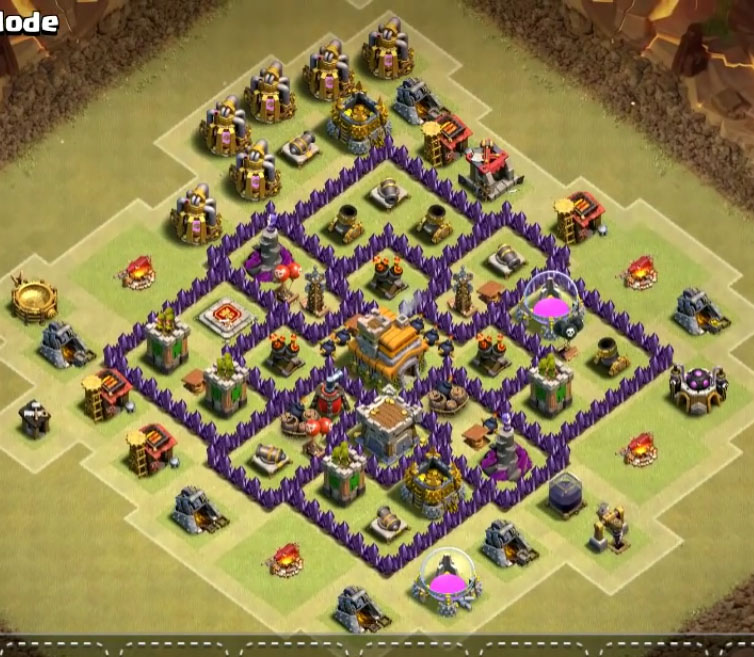 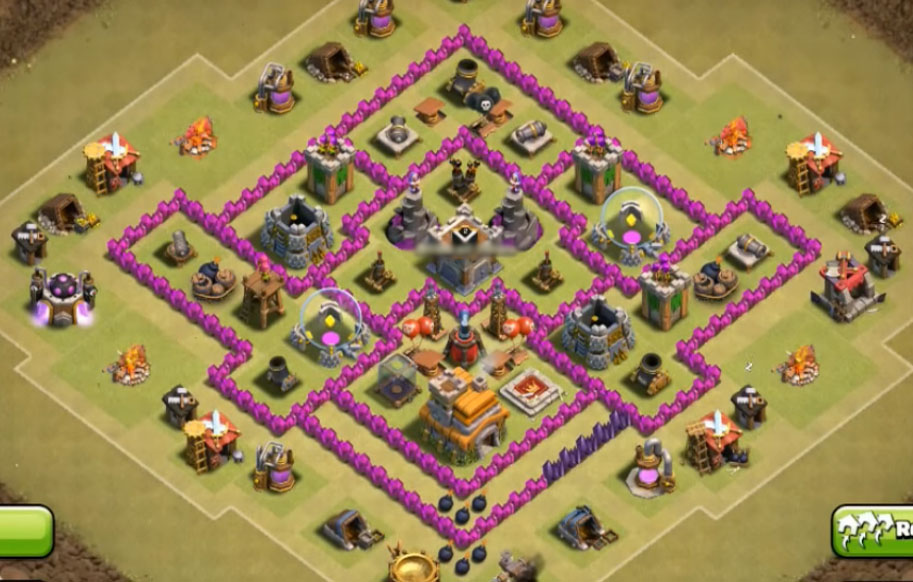 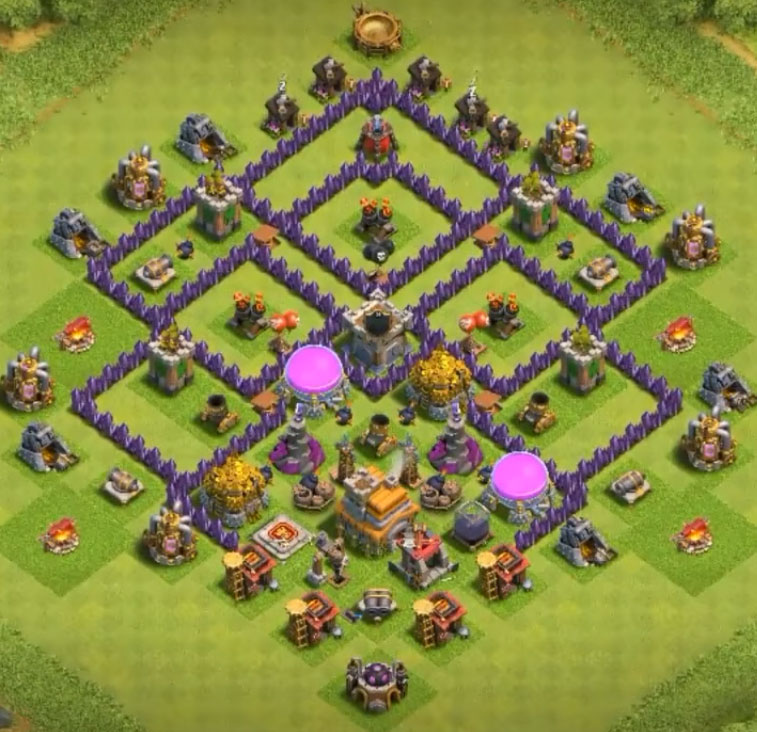 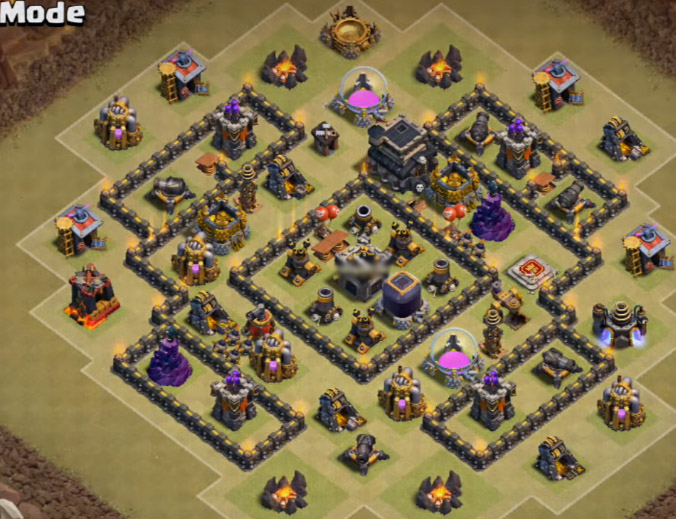 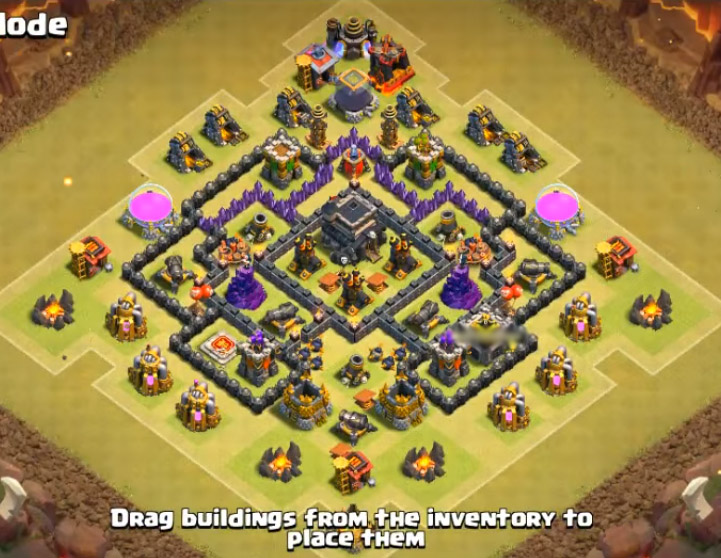 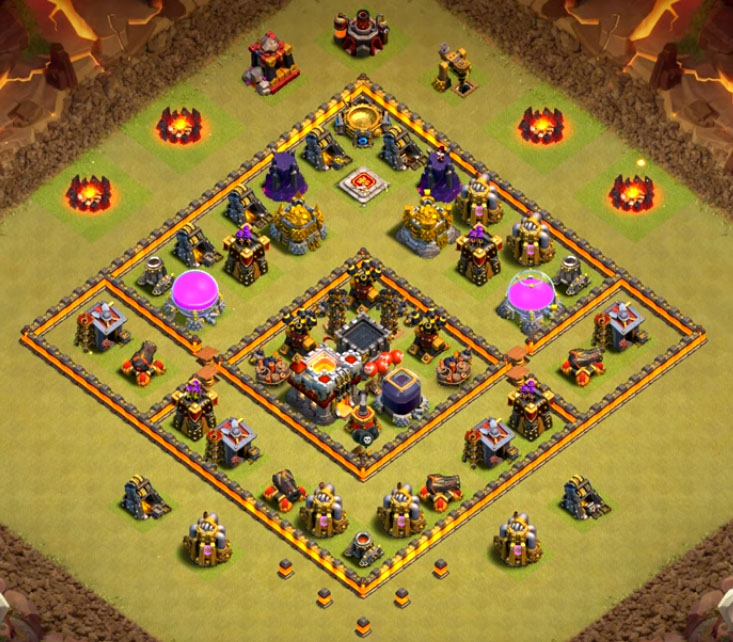 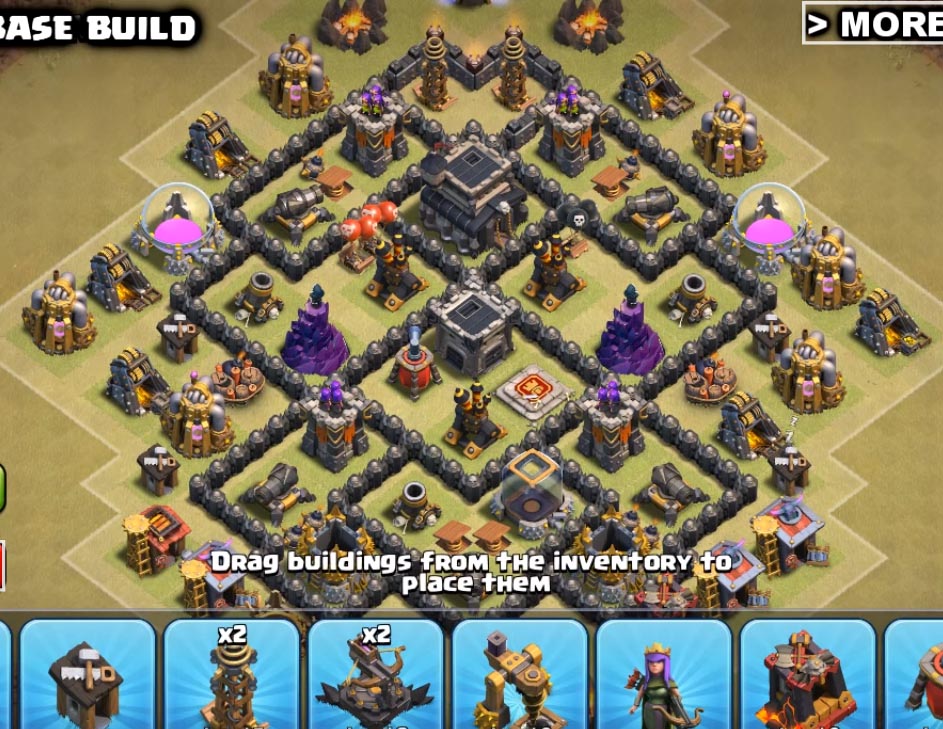 The main features of this TH7  layout are

Attacks this design can withstand are

It will be hard to use dragon attacks against these design because air defenses are not close to each other to take out using rage spell and once the troops are deployed, the concentration of the troops are diverted to other unnecessary buildings so in that meantime air defenses does their job very well.

Giant attacks might be tricky. here we used spring taps as a major option along with the defense itself. so overall this is one of the best th7 layout base anti-dragon with the new update of 3 air defenses along with the air sweeper.

The two most critical things you have to concentrate on at Town Hall 7 are the Barbarian King and Dragon.
It’s relatively easy to get 3 stars at level 7 th, If you can plan accordingly and deploy the strategy. In the wake of having the level 1 Barbarian King, you will perceive how magnificent he is and it will be an extraordinary inspiration for you to continue attacking in clan wars.

I came here because the link said “Anti Dragon, Hogs 2016”
Clickbait much?

Ant thanks for the comment. I’m in the process of updating anti dragon town hall 7 bases, I have made some already. just wait for a bit and enjoy the bases.

I come here through the wed site..Your work is great… Its very useful bases for dragon and hogs…

Thanks for the comments. keeps me motivated. I will be posting more town hall 7 bases
between check out town hall 7 war bases .

Nice no2 dragon and hog defence Thanks

In the 4th base, There are only 3 spring traps instead of 4.

Thnx dude…it was really helpful….
I am new to th 7 so these base designs really helped me ..thnx again