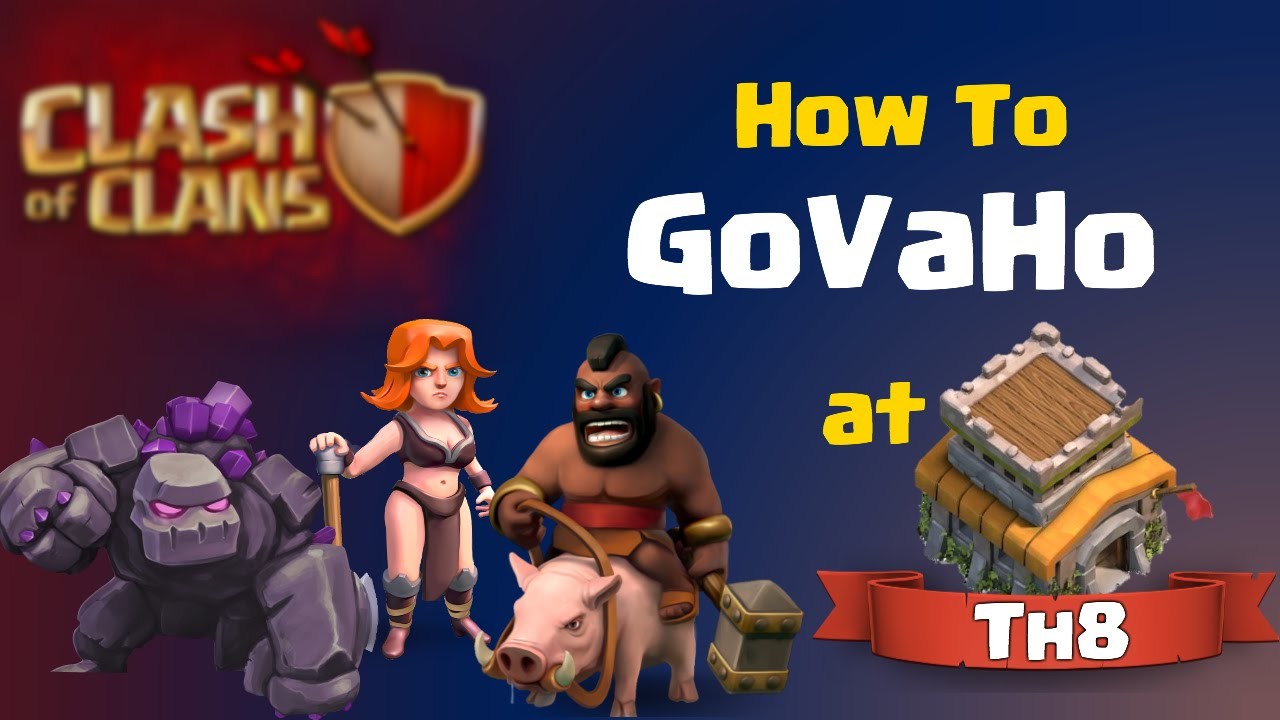 We are going to use golem, Valkyries and hog riders(govaho) in this to get 3 stars in clan wars, you can use this army to get 3 stars if you are pushing for trophies, but if you consider farming then this is the expensive army so I wouldn’t recommend. So how we go about attacking with this th8 govaho strategy ? we will cover one side of the base with golem and Valkyries which will make through the core of the base make sure, you are sending your kill squad towards the possible triggering of double giant bomb spots which will make it easier for hog riders to clean the remaining defensive units.

1. Deploy one hog rider to lure the clan castle troops out. 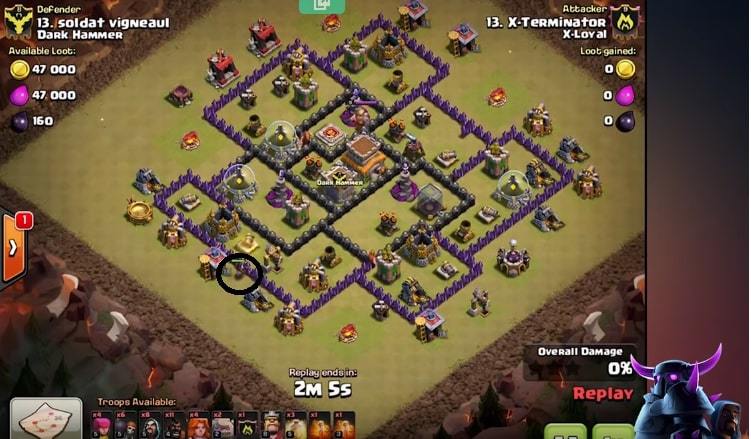 2. Once the Clan castle troops are out quickly deploy both the golems first (with small distance
between them). And then, deploy the wizards behind them to clear the building on that side and
to kill the clan castle troops, and also put the poison spell on them! 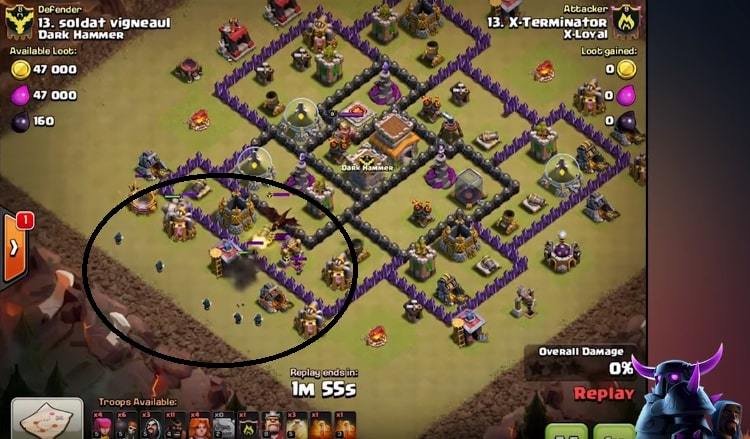 release the golem and clear the remaining outside buildings with wizards

3. Now, put all the remaining troops you have including your clan castle troops, except the hog
riders. With the building cleared on the side of attacking, these troops will enter inside the
walls! 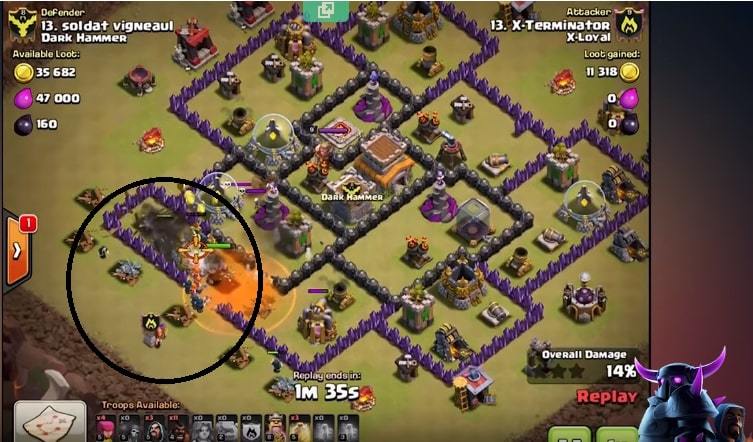 deploy all the troops except hog riders

4. As you have 3 healing spells, using them is upto you. Use the spells when the troops are weak!
5. Next, deploy the hog rider one by one from various parts of the base to the defenses in surgical form (bunch of hogs lets say 4 to 5). 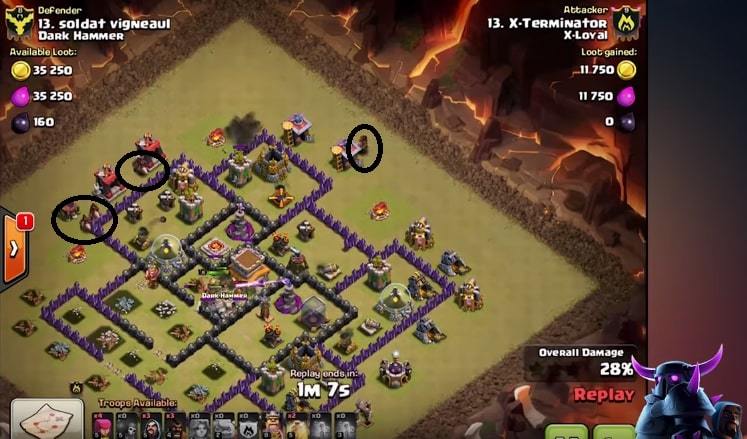 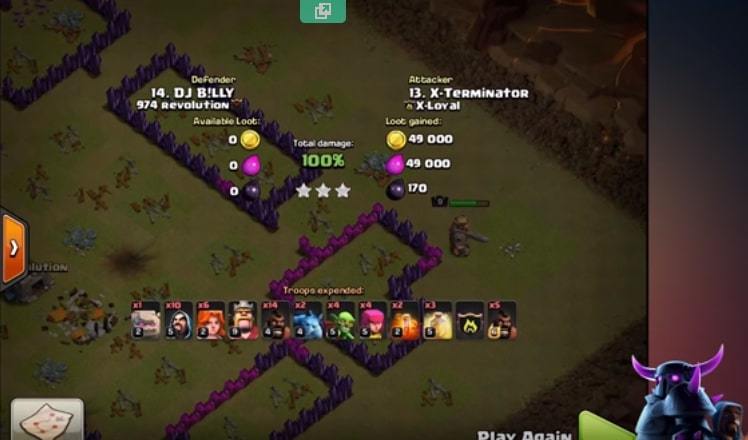