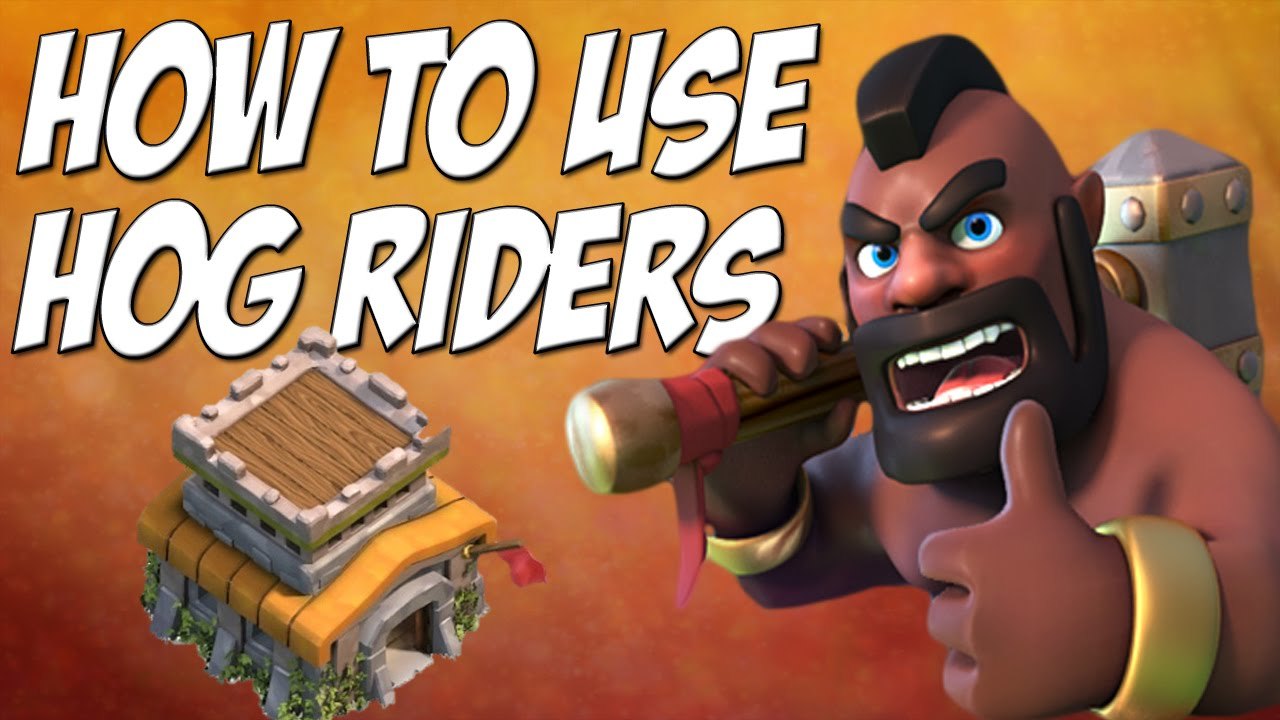 Note: Use this strategy only if the building, walls and defenses are close together. We do not
recommend using it for huge, wide bases with defenses and building placed with spaces in between!

How to attack:
1. Once you have found the appropriate base for this strategy, send out a hog rider to check and
lure the Clan castle troops out. 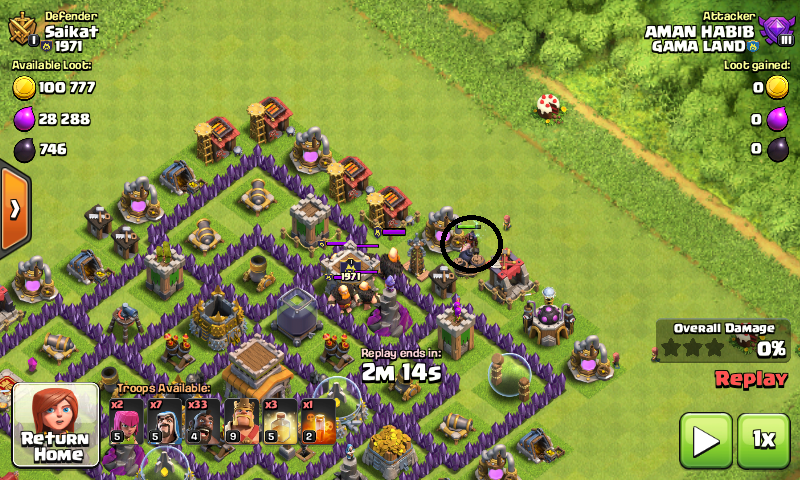 2. Once the troops are out, draw them far away from the defenses to a safe spot where your
wizards can kill them. Use both of the archers to draw them away. 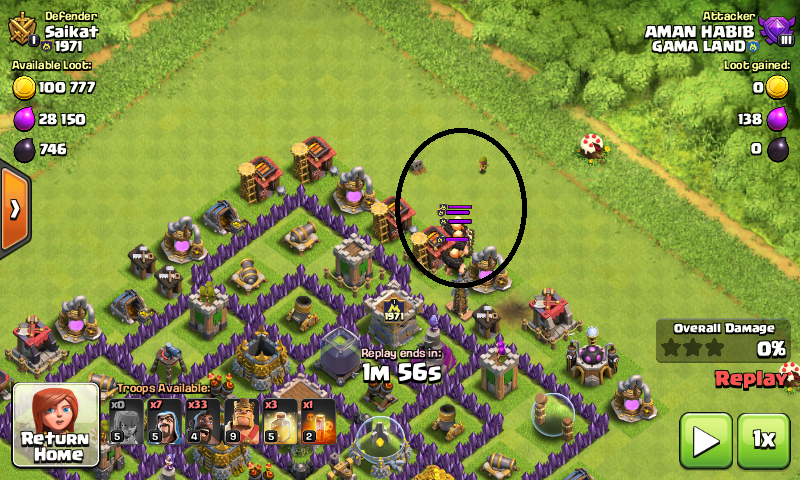 kill them once you lure them

3. Once they are away from the sight of defense, use the number of necessary wizards and poison
spell needed to kill them. Remember to save at least 2 wizards for cleaning up the base. 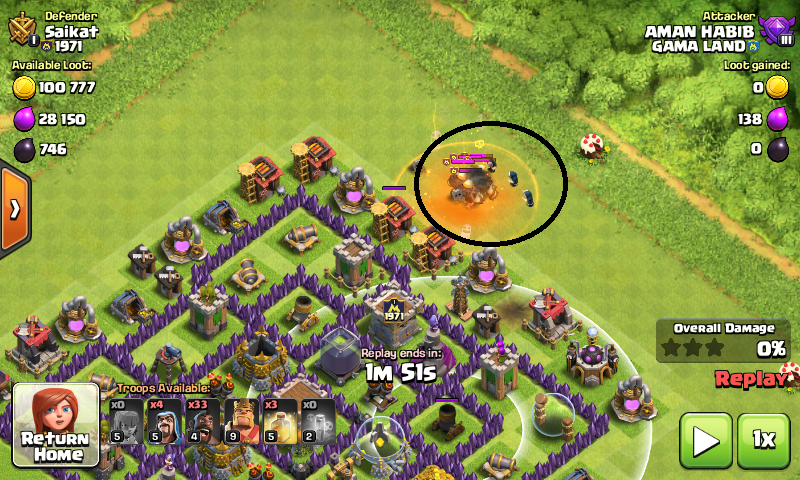 4. Once they are killed, deploy one Hog rider to a defensive building, to see if the pathway has any
giant bombs. Once it reaches a building safely, or after that hog triggers the giant bomb to
explode, release all the other hog riders! Do not keep a single hog rider left! 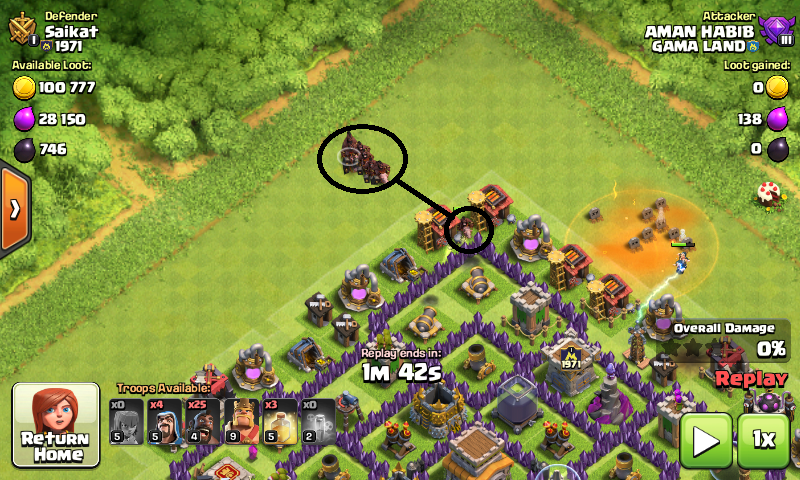 5. The hog rider moves according to the placing of defenses. Even if a group of hog rider splits up,
do not worry as you will get enough healing spell to heal the entire hog riders, as the closely
placed base have a small amount in area! So, put healing spell on both the group when they are
about to lose their energy. By this time, they will have destroyed half the defenses! 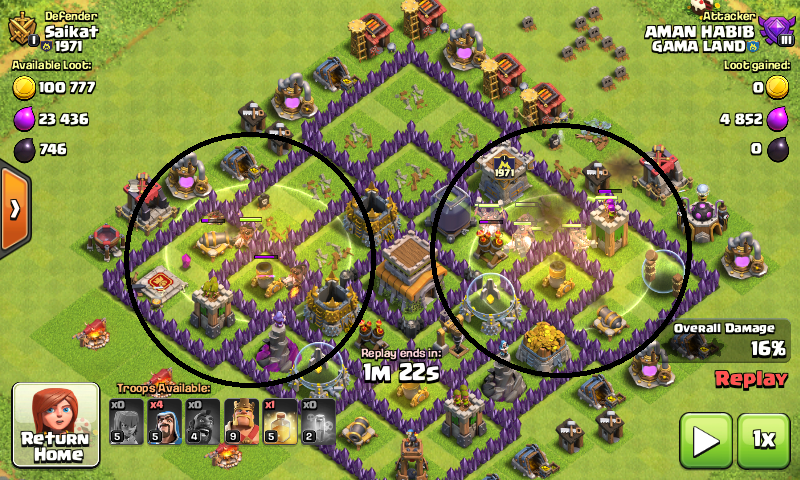 6. Now, the two groups of hog riders will regroup to destroy the last portion of defense. Once they
regroup, use the last healing spell on them. 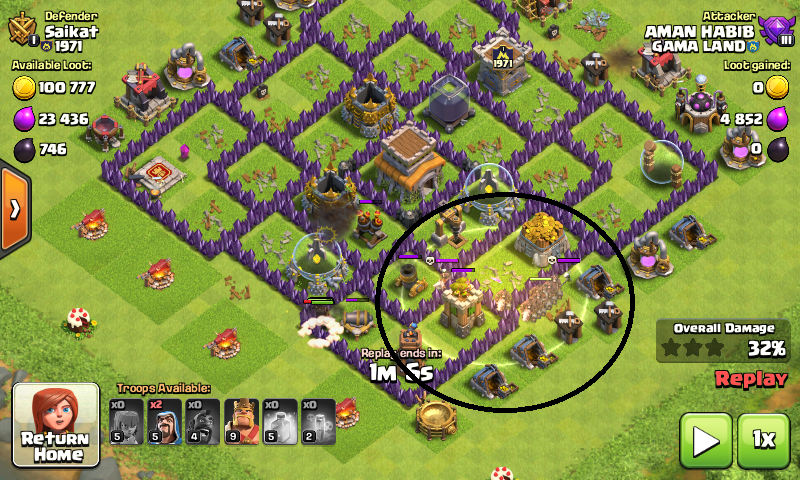 7. After the defenses are all destroyed, deploy the remaining troops on various parts of the base to
clean it up! 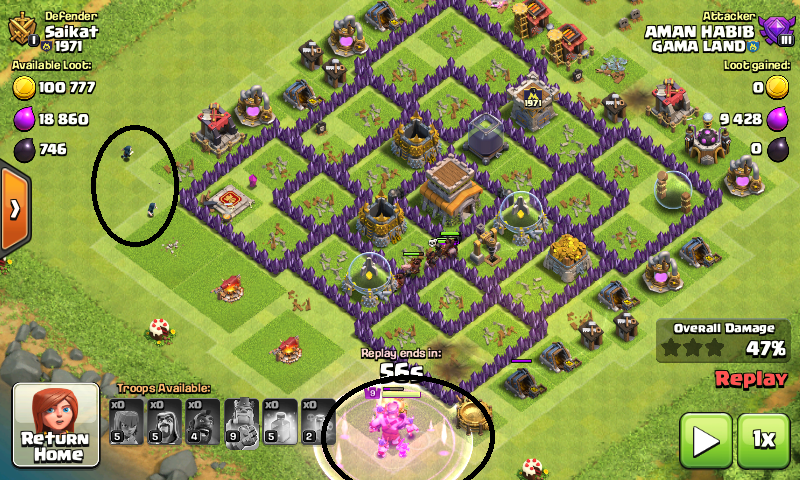 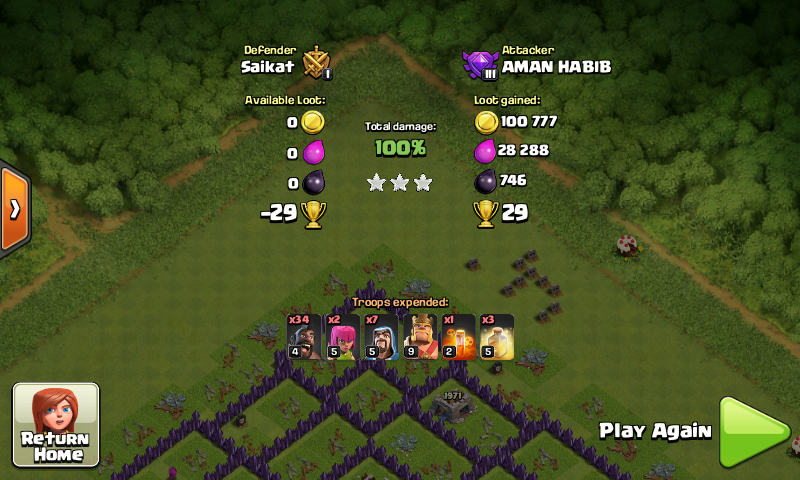