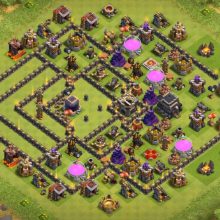 TH9 Dark Elixir Farming Base With Bomb Tower 2022. First of all, I would like to thank you for coming to my website.So without further due let’s have a look at top 10 dark elixir farming with bomb tower. 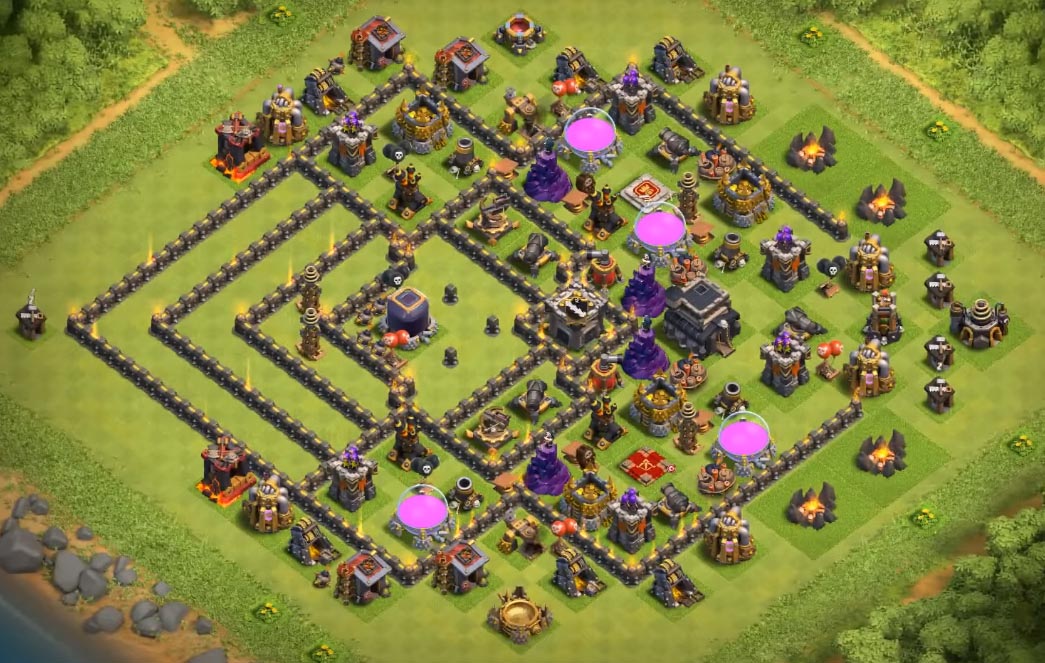 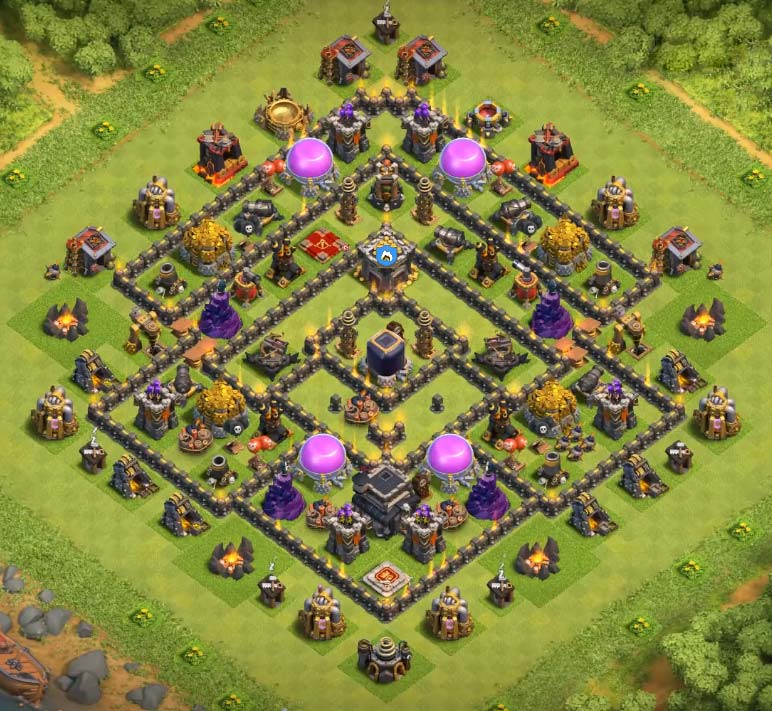 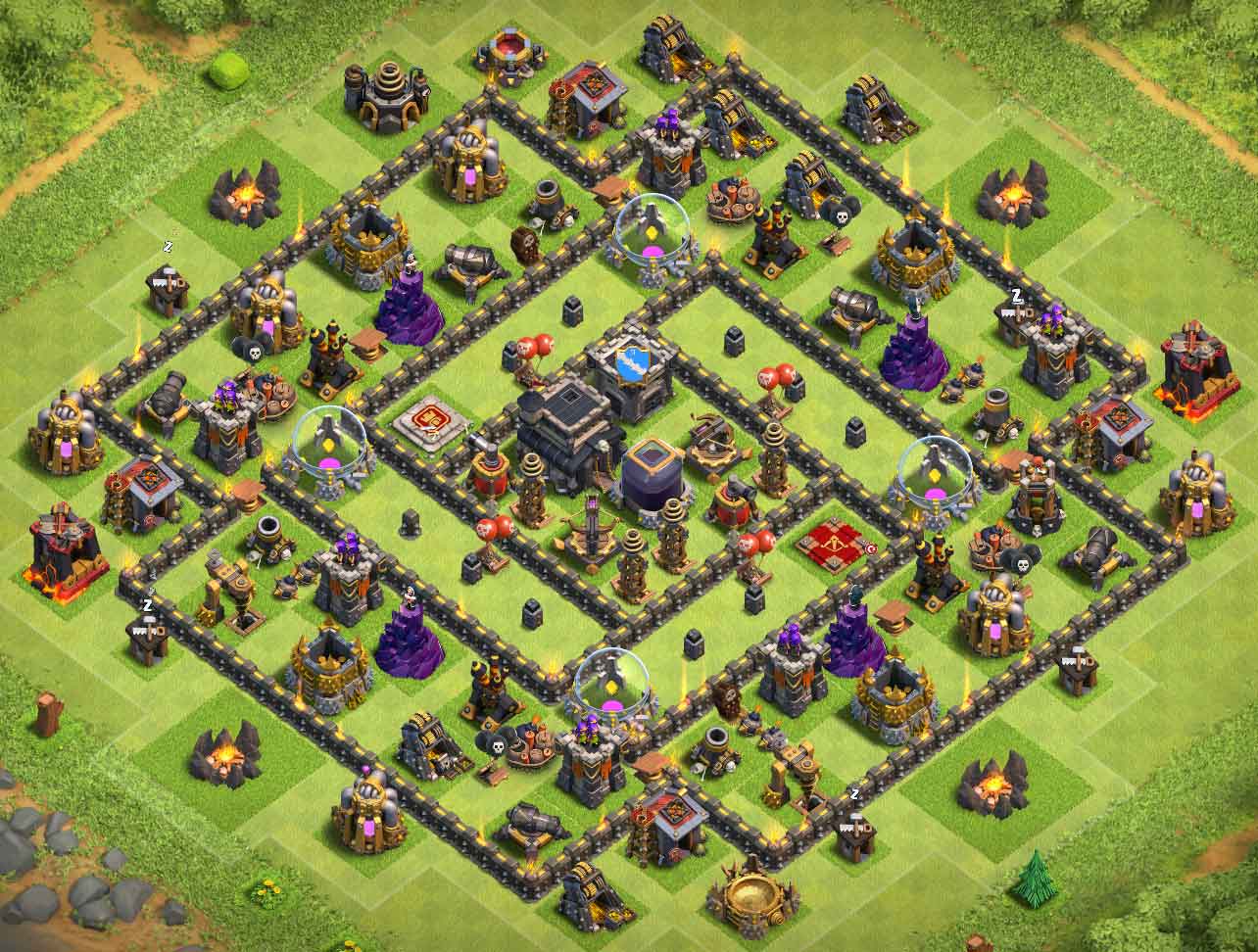 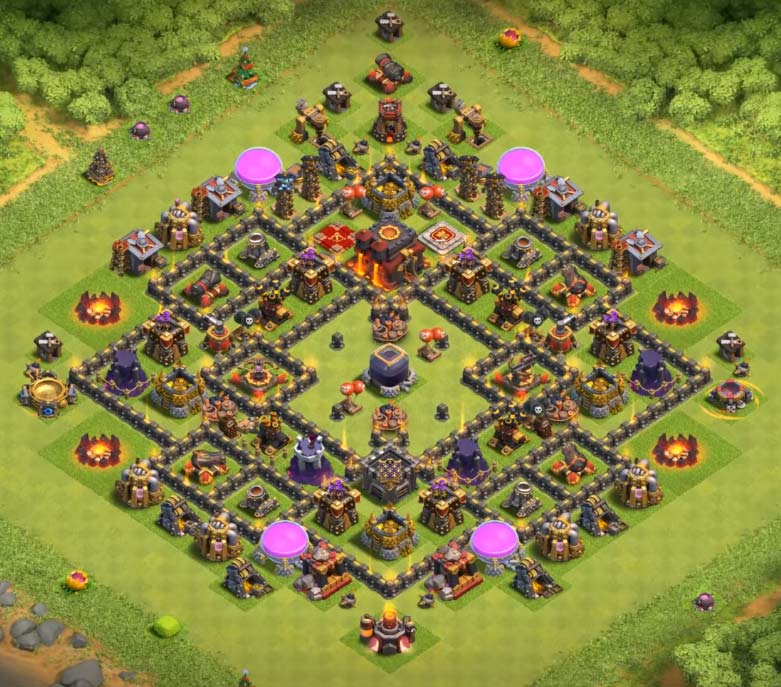 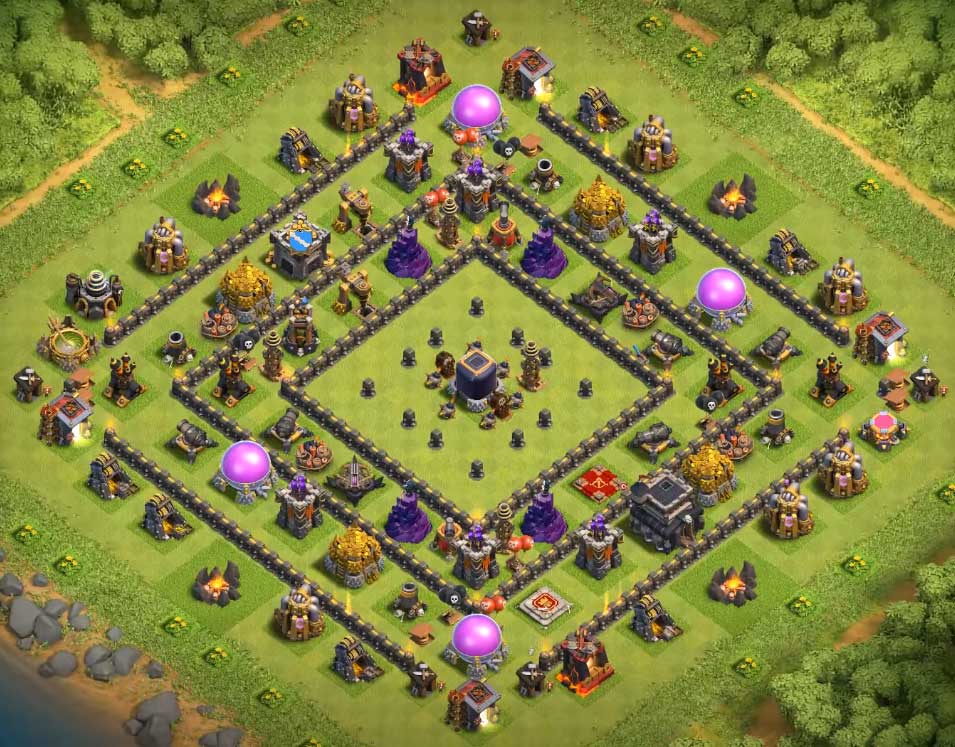 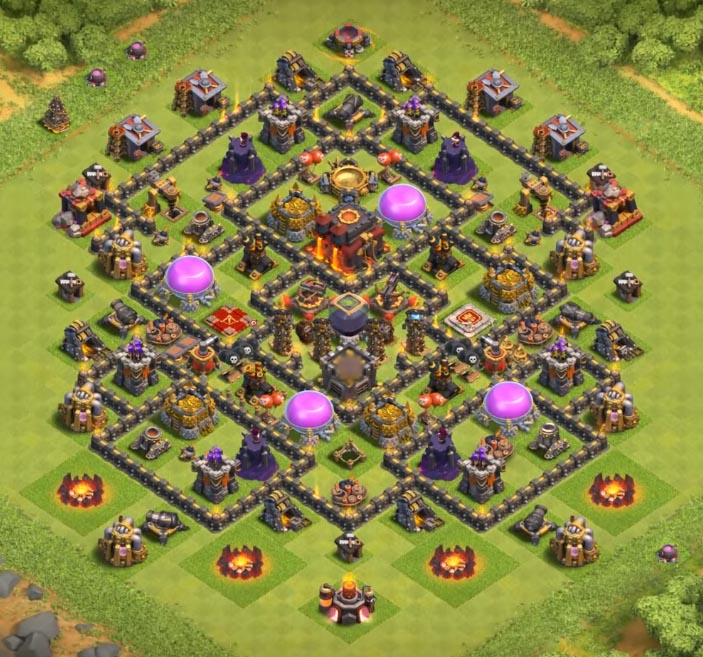 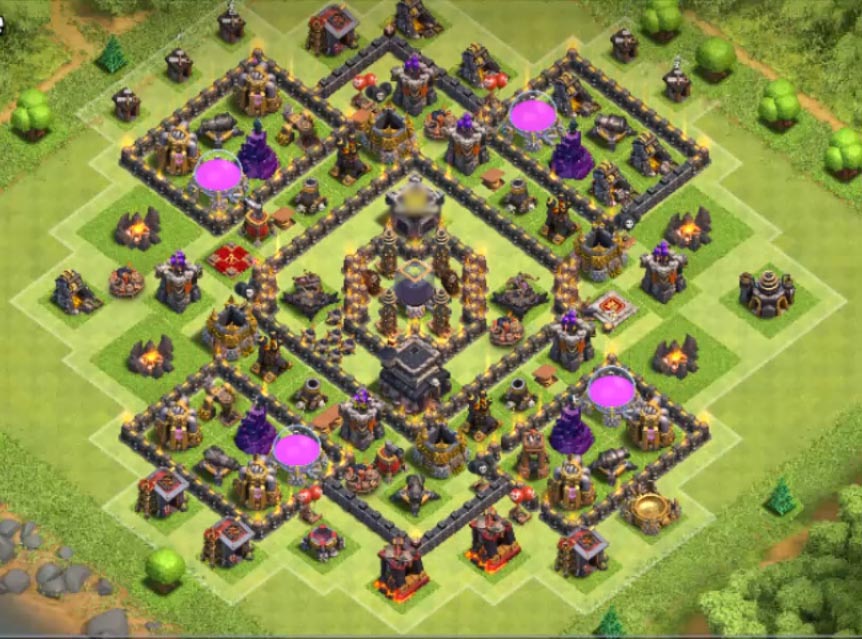 A well-protected Dark Elixir storage and also a fantastic opportunity to shelter your town-hall and some additional storage’s ? Appears to be an excellent hybrid alternative for you personally. Southern Teaser foundations never become older which one is useful enough to safeguard your town-hall and everything at the back of one’s maps.

The main motive of all the above mentioned de designs is to protect dark elixir. Keeping that in mind the layouts are designed such a way that the dark elixir storage is placed middle compartment or close to central core compartment and protected by various defensive structures like cannons, archer towers, wizard towers, mortars, and walls. If we look at the walls in the above-mentioned layouts the walls are constructed in a particular fashion that make’s opponent troops to stay out of dark elixir storage.

thats really cool. I have added even more excellent ones.

ignore the extra bomb tower. it has been placed by mistake.

yeah ignore one of them. it has been placed by mistake.

i need walls base and save all storage +de protection base

then you gotta check out th9 farming bases which are designed to protect all gold, elixir and dark elixir
here
http://137.184.98.206/best-th9-farming-base-new-update/

thanks for the heads up. removed it 🙂 .

check out the 6th layout. it is best one to protect dark elixer.
i m saying this because of 2 reasons:
1) anti 3 star coz no one has ever done a perfect 3 on my base.
2) no one has ever been able to touch my de even after funneling

Can u make a th9.5 anti dark farming base
2 xbows
No inferno

Can u put some more bases with tesla Farm near DE STORAGE.And whats ur yotube channel name?

yeah sure I will be adding more bases soon.

Dou have base thqt anti lavaloons or valkyrie

Looking for townhall at out side th9

looking for a layout th9 for max. DE protection but collectors and storages for elexir and gold are outside the walls