You are here because you want to get three stars using gowipe attack strategy at town hall 8. have you ever though of using clash of clans town hall 8 farming base to defend against gowipe attacks ?.

Note: Do not use this strategy if the base have lots of wall intersections, and if the building and defenses are close together! 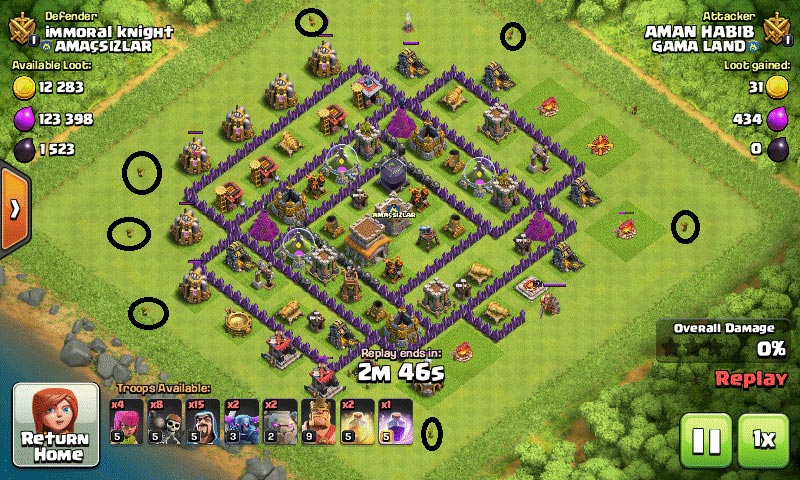 2. Once most of the buildings far away are destroyed by archers, deploy one Golem. And then, deploy the other a little away from the first Golem. Deploy all the wall breakers behind golem, as soon as the Golems reach the walls. 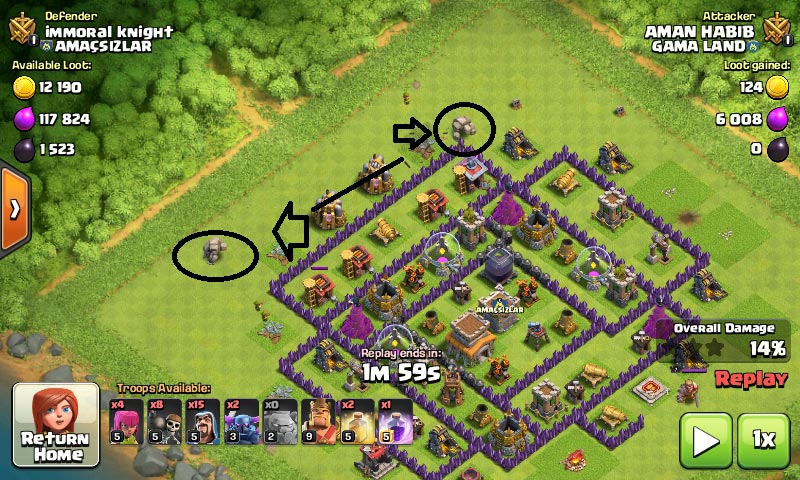 We Need Non Rushed Excellent Attackers of TH12, TH13 & TH14 for Clan War League and TH9 and above for Normal Wars, Clan Tag: #28RUYCRGR. We are hyperactive clan(level 11) with Full Donations, Regular Wars & We Reach All Tiers in Every Clan Games. 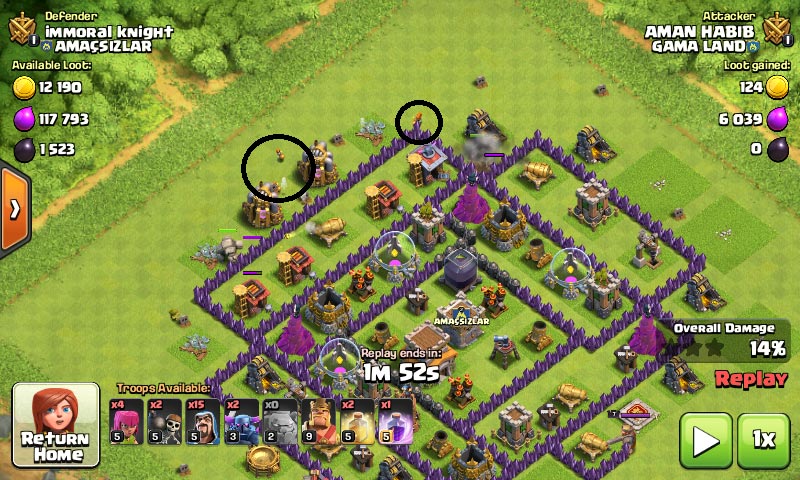 4. When the buildings are destroyed, deploy the remaining troops; every single one of them! Make sure no buildings are near outside the walls.

Once they enter, use a healing spell first when you see them weak. 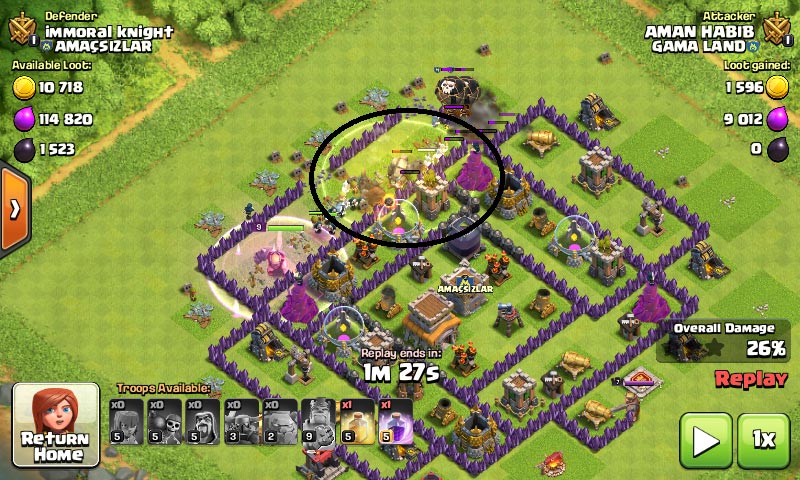 healing spell once the troops enters inside and weak 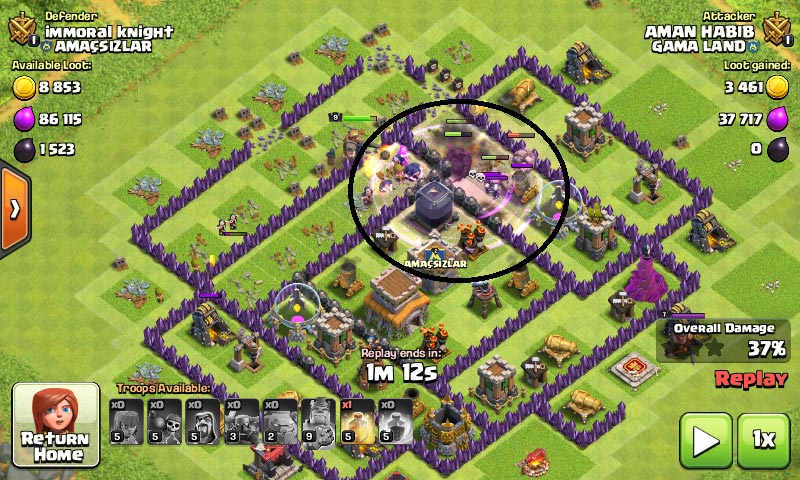 6. Using rage spell won’t help them regain energy. So when they are about to lose all their energy, use the last healing spell on them. Also, use the ability of king when needed. 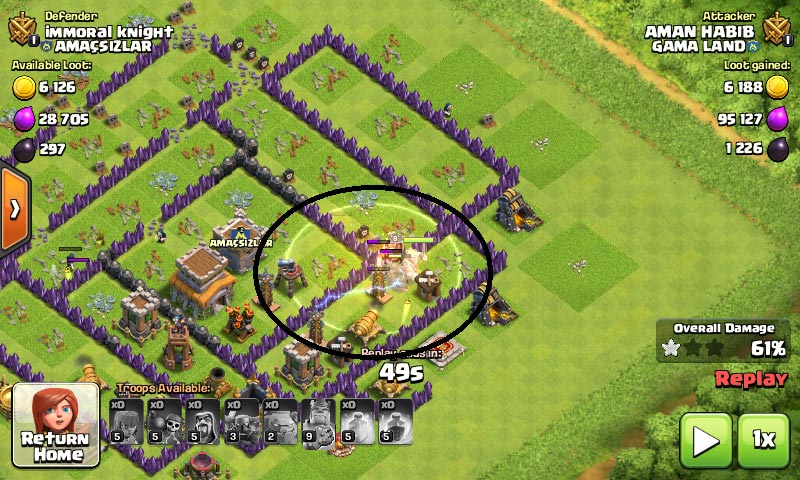 7. There you go! This is how you can use this strategy for wars and for trophies. If you still need a clearer visual, just refer the video given below. check out clash of clans town hall 8 base layouts here. 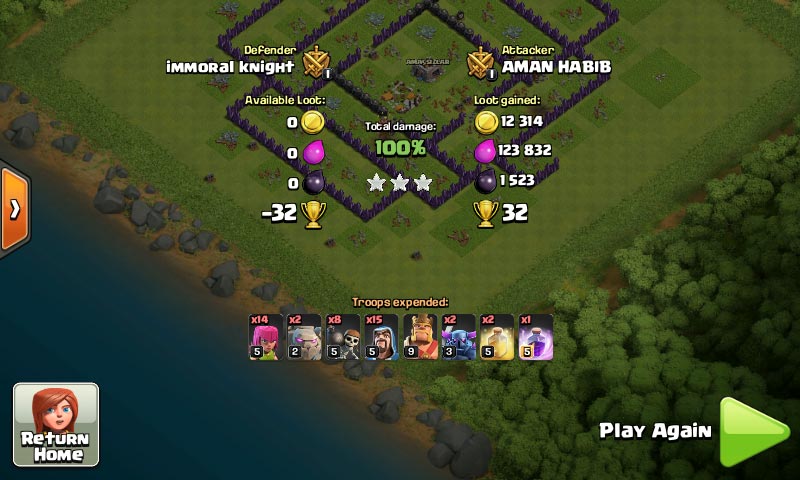 This is a th8 war base anti 3 stars attack strategy.